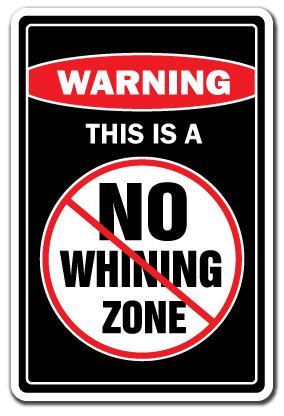 In the end, the best team won. That sort of vindicates the system, no?

At the beginning of these playoffs, the first under the expanded format wherein 12 teams were allowed into the dance (2020 excepted), there was a great deal of Sturm and Drang about the early outcomes. When the 89-win Padres knocked off the 101-win Mets in the Wild Card round, and then when those same Padres bested the 111-win Dodgers in the NLDS, and when the 87-win Phillies beat the 101-win Braves, Rob Manfred’s name was being burned in effigy from coast to coast, and even down south.

“How could we let this happen?,” fans cried. “What is the purpose of being great in the regular season?,” fans lamented. To me, all I heard was whining. Buck Showalter, the terrific manager of the Mets (as well as many other teams) put it perfectly, and perfectly succinctly: “Play better.” That’s it; that’s all it takes. And maybe a little luck. But it certainly doesn’t require yet another re-working of the playoff schedule because your team, who played so well during the 162-game marathon, forgot to bring their clutch hitting to the playoffs; or had starters get sick; or just got beat in a short series. Welcome, my friends, to baseball.

But with all of this bellyaching early in October, I decided to take a look back to determine if what we were witnessing was an anomaly or part of the game. What I found was neither shocking nor surprising. In fact, what I learned is that these playoffs were very much like most of the ones in the past. Going back to 2000 (just to choose an arbitrary round year), and excepting the wonky 2020 season, there have only been three seasons in which an “upset” didn’t occur (2007, 2009, and 2018). Sure, the Padres-Dodgers 22-win differential is an extreme outlier, but the Phillies-Braves 14-win differential is right there with the 2003 Cubs (13), the 2008 Dodgers (13), and the 2019 Nationals (13).

So, having lower-seeded teams win – regardless of the number of teams in the playoffs – is not a bug, but actually a feature of baseball playoffs system. That’s what makes October (and now November) so great. Let’s take a look:

*To keep the historical record accurate, the Yankees beat the “Indians” in 2017.

Sure, by dint of the Padres and the Phillies making a run, the numbers look skewed in 2022. And if the 87-win Fightin’s had beaten the 106-win ‘Stros, there would have been a lot of talk about upsets and unheard ofs, etc. But did the collective masses say we should re-do the World Series format after the Dodgers beat the A’s in 1988? Or when the Marlins felled the Yankees in 2003? Would we have wanted it changed if they had a parade in Philadelphia this week? The obvious answer to all of these is “no.” So kick and scream and lament that your team fell short. But quit your whining. The current system is here to stay (until there is expansion, and then we will see). Do all the math, crunch all the numbers, and then listen to the inimitable Sarah Langs: