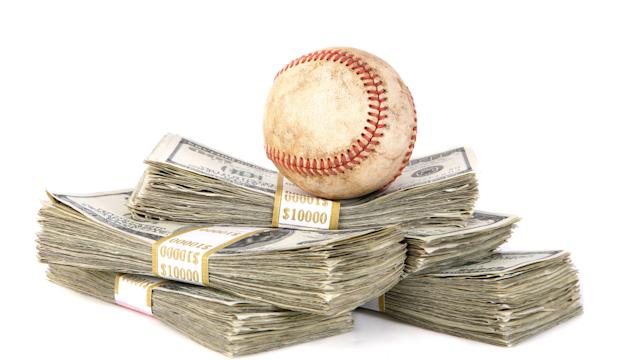 Each offseason, this past one included, my son laments the players that the Boston Red Sox did not sign. During Spring Training, he railed that Eduardo Rodriguez should have remained in Boston (Rodriguez’s current disappearing act in Detroit seems to have proven him wrong), and that Anthony Rizzo should have come home to his original club and been the BoSox’s everyday first baseman.

But what my son — and many fans on message boards and talk radio — seem to forget is that it is called “free agency” for a reason. Players toil away in the Minors for years making considerably less than a living wage (do you hear that, Rob Manfred?), to make it to the Majors where they are subject to six grueling years of contract fights and the whims of owners and arbitrators, to get to the holy grail: free agency. So what does that mean?

In the most simple terms, it means that for (ostensibly) the first time in a player’s professional life, he gets to choose where he wants to play. It also means that he can create a bidding war, earn life-changing money, and garner economic and personal stability. But what we as fans don’t know and — absent a tell-all — will never know, is the driving force behind a particular player’s ultimate decision.

Maybe he has some buddies on Club X that he wants to play with. Maybe he doesn’t like the heat and humidity of the south, or the cold of the northwest. Maybe it is political, and a player could not imagine living in a liberal bastion like Los Angeles or San Francisco. Maybe a certain team has a bad reputation for dealing with injuries, and the player wants to avoid that potentiality. Maybe he wants a winning culture, and that is all that matters. Or maybe, even when they say it isn’t, it is all about the Benjamins, and the highest bidder wins the right to his services. The point is, we just … don’t … know.

So when my son bristled at Rizzo re-signing with the New York Yankees rather than with the Red Sox, he looked at the two-year, $32 million contract and said, “the Red Sox should have matched or beaten that.” Sure, they could have. But only if Rizzo wanted that sweet Red Sox money. It should be noted that Yankee fans felt the same way about Freddie Freeman, and believed they could have matched or beat his deal with the Los Angeles Dodgers.

Keeping with that theme, the Yankee faithful could not believe the team did not match the three-year, $105 million deal that Carlos Correa signed with the Minnesota Twins (the Twins!!) with opt-outs after each season. But despite Correa’s Instagram post from Times Square shortly after the 2021 season, it is entirely possible that he did not want the white hot light of playing in New York. It is not for everyone; just ask Carl Pavano.

This issue came front and center during the All-Star break when Mookie Betts told the Boston Globe that he “absolutely would have stayed in Boston” for the same deal he signed with the Dodgers. Sure, it is easy to say that today. But he had previously told GQ magazine that he wanted to go to free agency. And when the Red Sox made various (admittedly low-ball) offers to Mookie in 2020, he could have countered with the “right” number. He didn’t. If I were in Chaim Bloom’s position, I too would have thought Mookie wanted to leave — which is his wont once he reached free agency.

Which brings us to the story of the day, week, month, and maybe next two to three years: Juan Soto. Many people could not believe that Soto turned down nearly half a billion dollars from the Washington Nationals. I am sure he (and agent Scott Boras) have their reasons. Maybe the offer needed to actually be half a billion (not just “nearly”). Maybe it had to be at least $30 million per year (not $29.33 million). Maybe it had to be the highest average annual value (AAV) ever (one wonders if that is for position players or all players, as getting $43.3 million/year for 15-ish years may be more than even Boras could envision).

Or, as has been pointed out, it could be that Soto doesn’t want to commit the rest of his career to a team whose ownership is in flux, whose farm system is depleted (23rd in FanGraphs’ latest rankings), and whose manager and general manager are only signed through 2023. Come the end of the 2024 season, Soto will be “free” and he will have “agency.” That is what he has fought and struggled for (to the extent he has ever struggled playing baseball). He is well within his rights to say, “no thank you.”

Is he taking a risk? Sure. But how big of a risk? He has made close to $30 million in his MLB career to date, and he will probably make another $50-$60 million in arbitration over the next two years. Could he get hurt? Could he lose his ability to hit like Ted Williams? Could something catastrophic happen? Yes, to all. But those are unlikely results, and (1) he is insured and (2) he still has made enough money to live comfortably (and even book his own private plane to the Home Run Derby if he desired) for the rest of his life. Soto has the luxury of youth, time, and an ever-expanding bank account to decide where he wants to play next, and for how much.

This is an evergreen topic that gets lost in the haze of recriminations about how our team’s front office responds to free agents. That said, there is absolutely NO EXCUSE for the Red Sox not to pay Xander Bogaerts, as he has said repeatedly that he wants to stay in Boston. But that (and the Rafael Devers situation) is another topic for another day.

We, as fans, reflexively lambaste the greedy billionaire owners. And for good reason. We consider them miserly, refusing to pony up for that one player that the team needs who can change the direction of the franchise. But sometimes the owner’s decisions are not their decisions; the owner’s choices are not their choices. Front offices are subject to the wants and desires of the players the teams want and desire. And, as in life, sometimes those two simply don’t match up.

So, the next time you want to take a shot at Brian Cashman, Chaim Bloom, Andrew Friedman, or Farhan Zaidi, remember that they can only answer the calls and texts they get; they can only sign the players who want to be signed; and they can only field a team with free agents who want to be there. Of course, it hurts to think that a certain player doesn’t want to play for “your” team, but everybody hurts, sometimes.