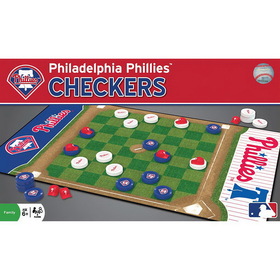 There are very few things more satisfying than the “jump” in checkers. And it’s rare when you can incorporate a kids’ board game into Major League Baseball, but Phillies GM Matt Klentak and uber-agent Scott Boras did just that in March when they negotiated for free-agent pitcher Jake Arrieta. Unless you were deep in the weeds of the Hot Stove (which was considerably cooler this winter), you may have missed the unique deal the Phillies and the right-hander closed a month into Spring Training (a deal unlike any I’ve seen before).

Before we get into the deal, a little background. Arrieta, the 2015 Cy Young winner, coming off four-plus successful years on the north side of Chicago, was arguably the most coveted starting pitcher on the open market this off-season. His agent, the aforementioned and inimitable Scott Boras, was looking for a five- or six-year deal of at least $200 million.

But as Thanksgiving rolled into Christmas, and the new year begat pitchers and catchers reporting to camps in Arizona and Florida, Arrieta found himself unemployed. This was a point on consternation for baseball fans and writers, but apparently not for Arrieta himself. If I were a betting man, I would wager that Boras assured his client that he – Boras – would pull another rabbit out of his hat, as he had so many times before.

When position players reported to Spring Training in March, however, it seemed as if the Copperfield act was getting stale. The Yankees and the Dodgers elected not to spend money and stay within the Competitive Balance Tax; the Cubs signed Yu Darvish; the Braves are still rebuilding; the Rangers elected to take a year off from contending; the Astros have a World Series title, two Cy Young winners (Dallas Keuchel and Justin Verlander), and landed Gerrit Cole in a trade; the Tigers are still in tear-down mode; the Angels won the Shohei Otani sweepstakes; and the Mets are chock-full of starting pitchers. The curtain was about to rise, and Jake didn’t have a ticket to the show.

The potential landing spots for Arrieta eventually narrowed to Washington and Philadelphia. The Nationals seemed like a natural fit, as Boras and Nats owner Ted Lerner have a great relationship. And this is “the” year for the Nationals, with Boras client Bryce Harper going into his walk season. It is win now…or potentially never.

The Phillies were an intriguing home, but they are not yet in win-now mode. Their rebuild is still in process, and are about two years away from contention. That said, one could argue that signing Arrieta would give them a rotation anchor who could lead them into their future. But one could just as easily argue that signing a 32-year old pitcher to a long(ish) deal does not comport with modern analytics and the conservative approach recently taken by the Phillies.

There has been very little reporting about any actual negotiations between the Nationals and Arrieta. And since neither Ken Rosenthal nor Buster Olney made mention of it, it’s plausible none ever occurred.

As a result, Boras found himself stuck with Klentak and the Phillies.

With but one buyer, Boras needed to be creative. For starters, Boras is well known for inserting opt-out provisions into his clients’ contracts. These give the player leverage if he over-performs his deal. In fact, just a few weeks earlier, Boras negotiated a contract for another client, J.D. Martinez, which gives the slugger not one, not two, but three opt-outs over a five-year period. As such, it stood to reason that if Arrieta wasn’t going to get a $200 million guarantee, Boras would want as much flexibility, and as many outs, as possible.

But Klentak and the Phillies understand market forces as well; and they could count the number of chairs available when the music stopped on Opening Day. They knew they potentially were the only game in town. Additionally, Klentak didn’t want to find himself paying a pitcher to (re)build his value, just to lose him – or be held hostage for huge dollars – right when his team is vying for the post-season.

But a deal like this had two problems for Boras: (1) If Arrieta performs in accordance with his pedigree, an average annual value (AAV) of $25 million is below market; and (2) Even if Arrieta performs, Arrieta will have earned only $75 million over the course of the contract, and will find himself a free agent as a 35-year old pitcher.

This deal had one major problem for the Phillies: They could lose their ace right when they become a force in the National League East.

It thus became time to start moving pieces around the checkerboard.

Boras bought himself protection. He, in my parlance, “jumped” Klentak by negotiating an opt-out after Year 2. Doing so made this a 2/$55 million deal ($27.5 million AAV), which is more in line with what other pitchers of Arrieta’s ilk make, and would allow Arrieta to go back into the market as a spry 34-year-old, not an old-timey 35-year-old.

But Klentak wanted and needed some protections as well, and this is where things get very interesting. He “jumped” Boras by giving the Phillies the right to “buy out” the opt-out by locking in Year 3 at $20 million (thus trumping the opt-out) and also extending the deal for two additional years at $20 million each. If Arrieta performs, and the Phillies are contending, they would have Jake on a 5/$115 million contact ($23 million AAV). And even if Arrieta under-performs in Years 4 and 5, that deal is below market and doesn’t crush their payroll.

But Boras can do math as well as I, and he understood that if Arrieta performs well enough for the Phillies to lock him in for three additional years (five in total), then Arrieta would be worth more than a $23 million AAV. So Boras needed to “jump” Klentak by building $5 million escalators into the deal based on (a) the number of starts Arrieta makes in 2018 and 2019, and (b) how Arrieta fares in Cy Young voting those seasons. If Arrieta lives up to his past level of greatness, he can add up to $20 million to the deal, making it 5/$135 million, and back to a $27 million AAV. And if that is how it ultimately ends, the Phillies will be more than happy with the deal.

With those final moves, all of the checker pieces were off the board, the game was over, and the parties signed the contract.

One last note: As we look ahead to a slowing free agent market, as teams become more cognizant of Competitive Balance Tax implications, and as front offices become ever more risk-averse, look for more contracts with this level of creativity. I may even dissect another one soon.