There Could Be No Other Way

THERE COULD BE NO OTHER WAY 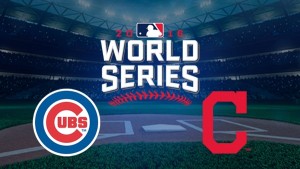 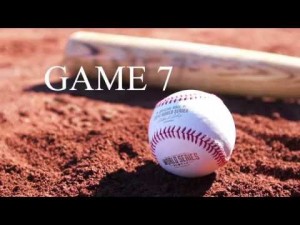 On June 19th of this year, on the morning of Game 7 of the NBA Finals, I wrote this. In the article – if you haven’t read it – I predicted the Cavaliers would beat the Warriors in Game 7 of the NBA finals to win the NBA Championship. I compared the 2016 Cavs with the 2004 Red Sox, and explained that in order to “Exorcise Demons”, they had to take the toughest road. In order to quench a multi-generational drought, a team needs to overcome not just its opponent, but the longest of odds.

The ’04 Red Sox had to go down 0-3 to the hated Yankees to storm back, win four in a row to win the pennant, and then sweep the Cardinals to bring home their first World Series Championship in 86 years. The ’16 Cavaliers had to go down 1-3 to the record-setting, ridiculous shooting, reigning world champs, just to win three in a row to bring the first title (of any kind) to Cleveland in 52 years.

I hope, by now, you see where I am going. The Chicago Cubs entered this season the prohibitive favorites to win the World Series (Vegas had them at 5/1). They then ran away with their division, won 103 games, and made the prognosticators look like geniuses. They dispatched the Giants in four games, and the Dodgers in six, setting up our current World Series showdown.

The Cubs did face some adversity this season: They lost one of their best hitters (never mind he didn’t have a defensive position) in their third game; they rallied to overcome a one game deficit back on April 8th; and they lost a whole five in a row in July, reducing their NL Central lead to 6.5 games. You might say that 2016 was pretty much smooth sailing for Lovables…until October.

So when the Giants won Game 3 of the NLDS in 13 innings, and had Madison Bumgarner lined up for Game 5, the folks back on Clark and Addison were starting to get the stench of Billy goat.

When the Dodgers won Games 2 and 3 of the NLCS, and had Clayton Kershaw lined up for Game 6, the diehards sitting on stools at Harry Caray’s and The Cubby Bear were gripping their Old Styles a little tighter.

And when the Indians won Games 3 and 4 of the World Series (at Wrigley Field, no less), to put the Cubbies in a backs-against-the-wall, 1-3 hole, you could feel the tension through the television, two times zones away. Fans who had been primed to sing “Go Cubs Go” were resigned to two consecutive slow walks down the concourse, out the gates, through Wrigleyville, and up to the “L” for long, late, and painful rides home.

This is how it had to happen.

A sweep? Win in it five in front of 41,000 delirious Cubs fans? Take it in six to the dismay of the denizens of Believeland? No. That would have been too easy, too trite, too according to plan.

Like Andy Dufresne, the Cubs will have to crawl through 500 yards of shit – through Kluber, Bauer, Tomlin, Kluber (again), Shaw, and Miller – to come out clean on the other side. I tell my kids, nothing worth having comes easy. The first championship in 108 years is  worth having. The Cubs had to have obstacles, they had to have roadblocks, and impediments, and nearly the longest odds possible, to get to the promised land.  There could be no other way.

So I’m sorry, Cleveland, you got one title this year. Two would have been a bridge over the Cuyahoga too far. It is the Cubbies’ time.

Or, Kluber throws another gem; joins the likes of Jack Morris and Curt Schilling; and becomes the World Series MVP with his third win. Maybe there is a Party at Napoli’s and he launches one into the Ohio night. Maybe the Northbrook Kid actually hits for the cycle (he came damn close in Game 6) to lead the Tribe. Maybe Francisco Lindor put the icing on his coming out party cake, gets three more hits, and smiles the Indians to the title.

What the hell do I know? I do know that we get baseball for another day.  Two teams with a combined 176 seasons of futility have nine innings to exorcise their demons.

Is there anything better in sports than a Game 7?  Twenty hours until we hear…