TO I-WALK or NOT TO I-WALK

TO I-WALK or NOT TO I-WALK

A few posts ago I proffered my opinion on a matter, and dogmatically declared that anyone who disagreed with me was wrong.  I will not do that today.  Truth be told, I sit firmly on the fence on this matter, and don’t believe I can be convinced either way.  That said, I am open to discussion.

According to Peter Morris’ “A Game of Inches”, the first intentional walk was issued to George Wright of the Cincinnati Red Stocking on June 27, 1870, in a game against the Washington Olympics. 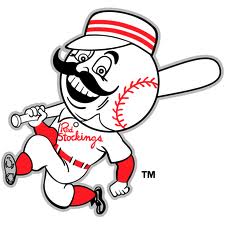 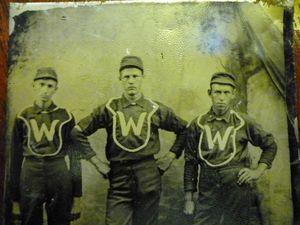 Over the past 145 years, a countless (truly a countless, I could not find the answer anywhere) number of I-Walks have been issued.  Barry Bonds received 688 of them over his career, including an amazing 120 in 2004 alone.   (Think about that; he essentially received a free pass once every 5 times he went to the plate; and he received 4 in a single nine-inning game that season.) 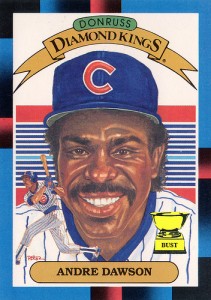 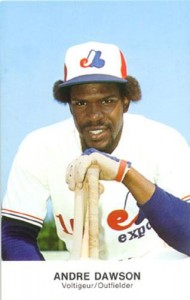 (How many of you own(ed) the card on the left?  I could not resist including the afro on the right.)

But those are just fun stats.  The intentional walk is part of the game.  Some managers believe in it more than others (see: Joe Maddon walking Josh Hamilton with the bases loaded in a 4-run game).  In fact, rookie manager Kevin Cash was kicking himself earlier this week for not walking Brian McCann with first base open in a tight game.  McCann rewarded that failure with a game-breaking double.  Oops!

Where this conversation really gets interesting, though, is at the Little League level.  Some of you reading this would be appalled at even the thought of issuing an intentional walk to a 12-year old (or younger).  Some of you may be purists and believe that part of the reason the kids are on the field is to learn how baseball is supposed to be played, and we need to teach them the game – without age being a factor.  Or, you may be like me, and come down right in the middle.

and that became a mantra for all Little Leaguers for all times.  But what does that mean, literally?

Let’s get the easy stuff out of the way.  If you are teaching your kids baseball, and a slugger (or one of the opponent’s best hitters) comes to the plate representing the tying or winning run, or the tying/winning run is in scoring position, and first base is open, the intentional walk is the right baseball play.  There is no debate about that.  But just as it is the right baseball play for the shortstop to throw to third when a runner goes from second to third with less than two outs, it doesn’t mean we always want our Little Leaguers to do it.  So how do we bridge that gap?

How about when the winning run is on second, and the next two hitters are studs, and the guy in the hole is considerably less dangerous?  Do you walk them both?  That is a more difficult call.  At the big league level, it may be no-brainer.  But, in that situation, you have to weigh many considerations, including a 12-year old’s ability to throw strikes with the bases loaded.  So, in context, it may not be the right baseball play.

This one may be easier: Winning run on first, one out, slugger at the bat.  Intentional walk?  Conventional wisdom tells you never to walk the winning run into scoring position.

We could do this all day.  (And I would be happier for it.)

But then we circle back to the original question: Should we do this at all?

Should we – as coaches and parents – ever tell a 12-year old that you don’t think the player can retire a particular batter?  What does that do to the kid who just signed up to play some rec ball, and never thought he would be a literal pawn in a coaching chess match?

Should we – as coaches and parents – ever even intimate to a 12-year that we are so invested in the outcome that we are actually scared?  What does that do to the kid who now has the world (okay, potentially a smaller subset) thinking he is so good that teams are afraid to pitch to him?

I guess the question comes back to what we are doing out there.  Is the goal to win at all costs?  Are we trying to give our kids the best experience possible?  What is it that we are teaching our kids?  It is a delicate balance, and I am not sure where I land.

Let’s add an additional wrinkle: Does/should it matter who the pitcher is?  What if the pitcher is an All-Star caliber player who has had much past – and will have much future – success?  Does that change the equation?

If you come down on the side of “teaching baseball”, does the skill level of the pitcher – or the batter, for that matter – matter?  Why not always utilize the intentional walk when the situation calls for it?

If you come down on the side of “let them play”, do you potentially sacrifice a championship for the rest of the team (maybe 9, 10, or 11 players) who may never get another chance at baseball glory, simply to allow 12-year olds to go niño-a-niño?

And let’s add another wrinkle: Do kids even know how to properly issue an intentional walk?  The short answer is no.

I have seen a balk nearly called because the catcher left the catching box before the pitcher released a wide one (a little known rule).  I have seen a kid throw one to the backstop when trying to intentionally walk a player, allowing the game-winning run to scoot home from third (that one hurt).  I have seen a coach direct his pitcher to roll (you read that right, roll) the ball to the plate to avoid either of the above results, or the even more dangerous outcome: the player swinging anyway.

So where does all of this leave you?  For me, right back to where I started: On the fence.  The floor is now open for discussion.  Talk amongst yourselves . . .

p.s.  As a call back to the first sentence of this entry and a Blog from a few weeks back: Earlier this week, Jed Lowrie tore the UCL in his thumb diving into home; he will be out at least 8-12 weeks.  Last night, Chris Johnson broke his left last night diving into second base.  He was out, and now is out for 4-6 weeks!