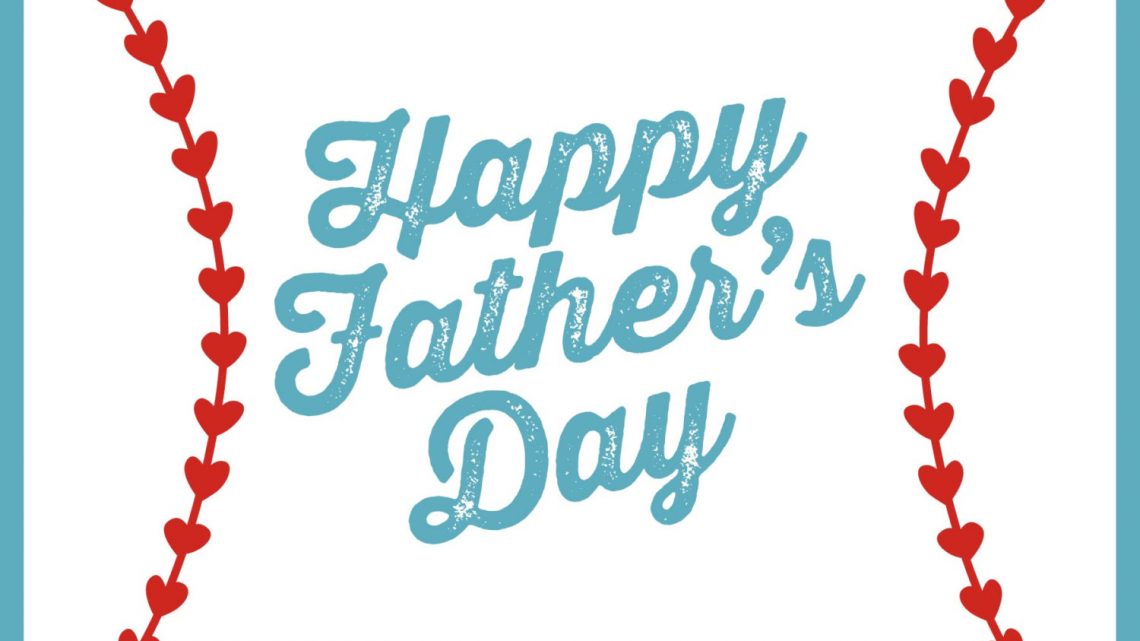 Last week I spoke as part of a lecture group on the topic of fatherhood. When it was over, the speakers and audience members gathered in the lobby to discuss the show, to recount how we all related to the stories, and to share the impact they had on everyone in the theater.

When I made my way to my father, he had tears in his eyes. Insofar as I spoke first, nearly ninety minutes earlier, I knew it wasn’t my story that had welled his emotions. Rather, he told me, it was all of the anecdotes combined that made him wistful, that caused him to think about his father. Feelings don’t dissipate in your eighth decade – sometimes they are heightened.

My father’s reaction to the readings made me think about my Grandpa Max, who would have been a cool 108 years old this year – one year for each stitch on a baseball. Grandpa Max (and Grandma Betty, to be fair) was one of my biggest fans, and was cheering me on when I hit my first career homerun. While that moment still brings a smile to my face, it occurred many years after Grandpa Max made his first contribution to my ultimate love of baseball: he taught my dad to love baseball. With that as the foundation, I, in-turn, taught my son to love baseball. I am unable to go back any further on the genealogical depth chart, but I know we have at least four generations covered.

My father moved from the east coast to Los Angeles in 1958. That is the same year, coincidentally (or not), that the Dodgers also headed west. I am not sure, but I think there is something to that as well. 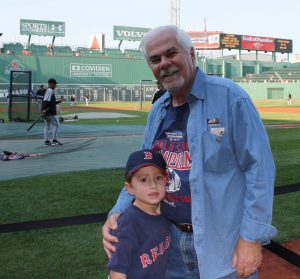 Max, Saul, Dan, Jake. For well over a hundred years, we have been, and continue to be, a baseball family.

In the summer of 2009 we took a three-generation trip to Boston, and were brought onto the field at Fenway Park. My son led the way, followed by me, and then my dad. I said to our guide: “I don’t know who is more excited, Jake, me, or my dad.” My dad quickly shouted: “Me! Because I am excited for Jake, you, and myself.” Chris Rock says dad gets the biggest piece of chicken; I guess granddad gets the biggest thrill in the moment. Seems perfectly fair to me.

Baseball is a game of fathers and sons (and grandsons). With apologies to Jim Nantz, it is a tradition unlike any other.

The Major Leagues have seen five father-son-grandson families – with the most notable being the Boones (Ray, Bob, Aaron/Bret) and the Bells (Gus, Buddy, David). And there have been countless father-son combos (at some point this summer there will be another, when Vladimir Guerrero, Jr. makes the leap from Double-A to third base in Toronto).

Hell, there is even a three-generation umpiring family (Ed, Paul, and Brian Runge).

For these families, baseball is literally in their blood.

But for the rest of us, baseball resides in the heart. Our fathers teach us the game; they sit with us on the couch and point out the sport’s intricacies; they play catch in the backyard and explain the difference between a four-seam and a two-seam grip; they take us to the stadium and protect us from foul balls. Fathers show us how to keep score and where to stand to get an autograph. They demonstrate how to properly dress a hot dog, and what true fandom looks like. And fathers do it as much for themselves as they do for their sons. It is truly a labor of love. 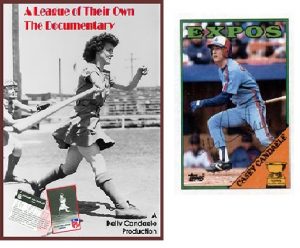 I would remiss if I didn’t mention that there are a great many moms out there who do all of the above, and do it out of devotion to the game, and love for their boys. I have no doubt that Helen Callaghan taught her son baseball – and probably more and better than any of us have. She played in the All-American Girls Professional Baseball League (made famous in a little movie called A League of Their Own), and guided her son to the Major Leagues (check out Casey Candaele in those sweet Expos blues, to the right). I am certain there are countless moms out there who have cried in baseball while imbuing their sons with the splendor of a suicide squeeze, or the sublime brilliance of a perfectly executed hit-and-run. I am sure that there exists a mom named Mary whose appreciation of an immaculate inning cannot be matched.

But Ms. Callaghan and the other baseball-loving females in our lives aside, the job of baseball parent customarily falls to the dad. And boy are we lucky for that.

I was recently in New York with my son, and after touring CitiField, we went to the Bergino Baseball Clubhouse. If you ever find yourself in the East Village, I highly recommend it. The proprietor, Jay Goldberg (who couldn’t be a nicer guy), told us about a project he is working on: Remember Your First Game. What a brilliant idea. My son and I stood in that store trying to recall, and we think we know, but we cannot be certain (a high-class problem to have been to so many games that you cannot pinpoint the first). I think mine may have been a Double-A game in Bristol, Connecticut in 1976. We are pretty sure Jake’s was – fittingly – the Red Sox vs. Dodgers at the L.A. Coliseum in 2008. But the teams and locations are unimportant…what matters is that the father took the son. They shared that moment, which begat another moment, which begat thousands more moments, all built around baseball.

My son’s mother passed away about six weeks before his first coach-pitch season. By that time, he already had the “bug.” But I often wonder if he would love baseball as much if the other parent had died. Sure, it is a dark – and probably unnecessary – line of thought, but it fits with my narrative about balls and strikes, about baseball and love, about fathers and sons.

Each year we comb the racks at the local department store, we search online, we ask for guidance, looking for the perfect Father’s Day gift. And after much deliberation, we usually land on a tie, a pair of socks, or a book.

This year, try something different. This year, give your dad the gift of thanks. Thank him for introducing you to baseball, for educating you about the game, for showing you how to love it unconditionally; thank him for explaining the infield-fly rule and teaching you the phrase “there is always next year.” And thank him for instilling in you an adoration for a sport that transcends time, a sport that, by its very nature, requires patience, persistence, and perseverance; a sport that, like a cherished watch, must be passed down from generation to generation. Wrap up and put a nice little bow on a very simple, “Thanks, Dad!”

And if your father is no longer with us, tell your son about a time you went to the ballpark with your dad. If you believe – as I do – that your father is listening, he will be grateful for the reminiscence, and your son will appreciate the memory.

As they say in Hebrew, l’dor vador.