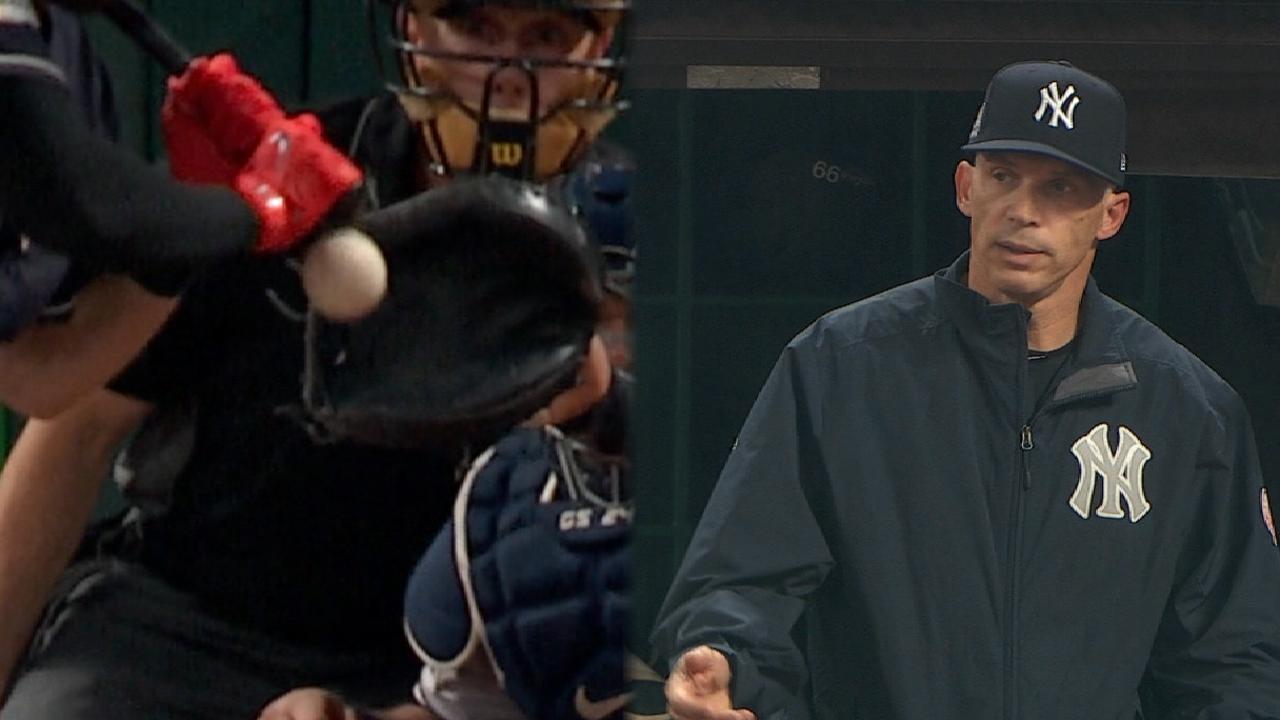 Some moments are indelible.  When they happen, we know we have witnessed history.  And no matter what happens after, those moments will be lodged in our memory, forevermore.

Regardless of the outcome of the 1956 World Series, no baseball fan can forget Yogi Berra leaping into Don Larsen’s arms after the only perfect game in World Series history. 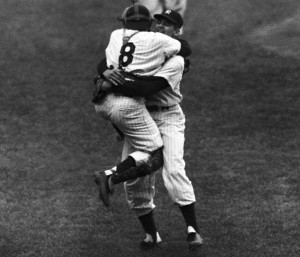 Has there ever been a better match-up than Bob Welch v. Reggie Jackson in Game 2 of the 1978 World Series?  I have written about that match-up many times, and we all know the outcome, which is not diminished in any way by the fact that Reggie took Welch deep in Game 6 as the Yankees finished off the Dodgers winning their 22nd world title.

I would argue that the outcome of the 1988 World Series is wholly irrelevant to our reverie for Kirk Gibson’s Game 1 heroics.

And, as of Sunday night, regardless of who wins the 2017 NLCS, I don’t anyone in Los Angeles will ever forget Justin Turner taking John Lackey deep to walk-off Game 2.

If Rick Sutcliffe was able to retire Alan Wiggins, Tony Gwynn, and/or Steve Garvey, do North Siders forgive a meager grounder through Bull Durham’s legs in the bottom of the 7th inning of Game 5 of the 1984 NLCS?  Does the Curse of the Billy Goat end thirty-two years earlier?

If Todd Worrell could have extricated himself from a runner on first, no out situation in the bottom of the 9th inning of Game 6 of the 1985 World Series, and then didn’t give up a single (a single?!) to Steve Balboni; and if Darrell Porter didn’t allow a passed ball, and if Dane Iorg hadn’t singled; and if the Cardinals hadn’t been blown out in Game 7, would Don Denkinger still be persona non grata in St. Louis?

If Alex Gonzalez turns a routine double play on Miguel Cabrera’s ground ball, and the Cubs get out of the 8th inning of Game 6 of the 2003 NLCS leading 3-1, would anyone ever learn or know the name “Bartman”?  Would we all now laugh at a grown man’s temper tantrum?  Would the Lovable Losers have found yet another way to rip the hearts out of their fans, resigning them to “wait til next year”.

If the Red Sox could have pushed across a single run in the 9th, or the 10th, or the 11th inning of Game 7 of the 2003 ALCS, does Grady Little lose his job for keeping Pedro Martinez in the game an inning and many batters too long?  Would Aaron “Bleeping” Boone roll off the tongue of New Englanders?

If the Rangers could have eked out a Game 7 victory in the 2011 World Series, how would we remember David Freese or Nelson Cruz?  Would Game 6 just be a blip on the radar, only important to Cardinals’ fans and David Freese’s friends and relatives?  That said, I believe Joe Buck’s “We will see you…tomorrow night” call would still be Hall worthy.

Most flagrantly, if the Red Sox had not blown a 3-0 sixth inning lead in Game 7 of the 1986 World Series, and gone on to win their first championship in 68 years, would Bill Buckner have been vilified on the Back Bay for nearly two decades; the subject of an E:60 documentary; parodied on Curb Your Enthusiasm; and forced to move to Idaho?  Or would that play just been a clip on the highlight reel “Reversing the Curse” – the moment (in hindsight) when it all could have slipped away?

And, of course, we never would have even had “a little roller up along first” if Doug DeCinces’ flyball had reached the seats or Bobby Grich’s liner had fallen in the bottom of the 9th inning of Game 5 of the 1986 ALCS; or if the Angels could have won either Game 6 or Game 7 in Boston.  If any of that happens, maybe Donnie Moore doesn’t take his life less than three years later.

If Jason Kipnis’ line drive down the right field line in the bottom of the 9th inning of Game 7 of last year’s World Series not drifted foul, do we spend the entire off-season dissecting every decision Joe Maddon made, second-guessing him through Christmas and into Spring Training?  Does he lose his job like Grady Little?  Jason Kipnis would have become the modern-day Bill Mazeroski / Joe Carter, as beloved in Cleveland as LeBron.  One wonders if the Cuyahoga catches fire again?

Similarly, if Jayson Werth’s flyball down the left field line in the bottom of the 9th inning of Game 5 of this year’s NLDS doesn’t curve foul; or if Bryce Harper could have channeled his inner Michael A. Taylor and tied the game with one mammoth swing, do we spend this off-season castigating Maddon for trying to get seven outs from Wade Davis?  Those things didn’t happen, so Broad Street Joe gets off Scot free and lives to fight another day/series.

With the Yankees winning three games in four days against the best team in the American League, against the prohibitive favorite to win the pennant, I wonder if anyone will member Joe Girardi failing to challenge Lonnie Chisenhall’s foul tip that wasn’t?  Will the hit-by-pitch that wasn’t, which led to a Francisco Lindor grand slam, which led to a Jay Bruce homerun, which led to an Indians 9-8 victory in Game 2, be lost to the scrap heap of history now that the Baby Bombers find themselves in the ALCS?  Only time will tell.  But for now, Girardi keeps his job, Yankee fans are allowed to forget, and time marches on.

Who will be granted absolution?  Who will live with ignominy?  We potentially have fourteen games among four teams over two series to find out.