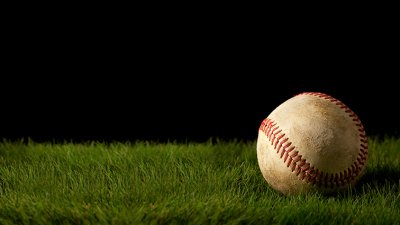 There was a blood red moon – fitting he thought – which brightened the sky and symbolized this glorious moment. The road ahead – as far as the eye could see – was straight and dark. The hum of the tires could not drown out the cacophony in his head.

Just a little while ago, he sat sweaty and exhausted, dirt and disappointment strewn across his face, as he wrapped ice around his weary knees. The first pitch was a few minutes away, and he was finishing his pre-game routine. It was this same routine he had been performing since high school, always with one goal in mind.

College begot the Minors. Long bus rides on empty highways, not so different from tonight. Twenty-four players cramped on a charter, hoping that the next stop would be the last stop before fame and riches. He made those trips for years, each spring telling himself that this was the year – either he made it or he quit. This was his fourth year making that declaration.

Those hard days that he thought would never end became the soundtrack to his life – the only life he had ever imagined, the only life he ever knew. But what if it didn’t happen? The odds were against him – only a select few ever get to be Major League baseball players, and time and circumstance were telling him that maybe he would not be one of the few.

But this season started well; he was hitting the ball to all fields, and with authority. Flyballs that had died on the warning track in years past began to find their way over the wall. Liners that magically found fielders’ gloves were now making it to the outfield, untouched. And people were noticing.

There was a different vibe around the batting cage before the game; coaches were keeping a more watchful eye and offering encouragement where they used to offer derision. Such was the way of the Minors – you needed to have thick skin and unrelenting confidence, or the pressure, the failure, would destroy you.

Last night he hit two homers, drove in five, and made a diving play in left field. He was clicking on all cylinders. When he got back to his raggedy one-bedroom apartment, the one with the torn couch, makeshift kitchen table, dish-filled sink, and 65-inch plasma on the wall, he flipped on SportsCenter. There, staring him in the face, was John Anderson, quipping that his one roadblock had been removed. On an otherwise innocuous night in the Midwest, the Cardinals’ starting left fielder had gone down with a pulled hamstring; a trip to the DL looked certain. The door appeared to open.

He said his first prayer in months that night. He rarely prayed, believing that G-d had more important things to worry about than professional baseball. But he figured, “what the hell.” He never would have prayed for an injury or for anything bad to befall a fellow player – he had too much respect for the game for that. But the die had been cast, and he had earned his shot. Now he needed to literally pray that the powers-that-be up north felt the same way. Excited and yet exhausted, he turned off the TV and went to bed.

He awoke with his phone on this chest – no calls from the 314 area code. “Don’t sweat it,” he thought, “it’s still early.” He made breakfast, and went through his morning routine. Around 2pm – still without a call or a text or a “breaking news” alert from the MLB app – he headed to the ballpark. He checked in with his manager, who did not betray anything out of the ordinary; so he changed into workout gear and hit the weight room.

He bench-pressed 250, then 260, and then 275, anything to work out the anxiety. When that wouldn’t do, he hit the field and began running poles. Back and forth he went. Try as he might, he could not rid himself of the feeling that it just wasn’t go to happen.

Back in the clubhouse, drenched in sweat and spent, more mentally than physically, he made himself a PB&J and plopped himself on the couch in front of the television. As per usual, it was tuned to the MLB Network, and they were going over the day’s action. At a certain point, the announcer listed the current transactions – trades, injuries, players sent to and from the Minors. His nemesis was listed on the injury screen; confirming what he learned last night, the Cardinals clean-up hitter was out six-to-eight weeks with a Grade 3 hamstring pull, and the pundits were sure it would be much longer.

He told himself he could live without getting the call, but not if they called up that rube from Double-A over him. That, he could not bear.

The sandwich finished, and his confidence nearly the same, he decided to cool off. He trudged off to the showers he had secretly hoped to never use again, and grabbed one of the stiff towels he had secretly hoped to never touch again. As he let the warm water splash through his hair, over his taut and tense muscles, and down his back, a montage of memories spun through his head.

There was draft night, 2014, when Greg Amsinger announced that the St. Louis Cardinals, with their second pick, selected Bryce Johnson out of the University of Georgia. And that first night in Rookie Ball, when he went 0-5 with four Ks, and went back to his hotel thinking this whole thing was a mistake. There was the night in Peoria when he hit three dingers and thought maybe, just maybe, he belonged. There was the unexpected call to Memphis, when he made the unprecedented leap to Triple-A, and then the call from Springfield, when he was sent back down. He remembered the smell of the grass on the backfields of Roger Dean Stadium last February, his first Big League Spring Training; and the sting of showing up early one morning to see his name on the list of players transferred to Minor League camp. And then he thought about last night, when it seemed like all signs were pointing north, and how it now seemed that the rug was being pulled out from under him and his dreams.

He finished his shower feeling no better. He stopped by the training room and grabbed two bags of ice – the knees needed to be ready, even if the mind wasn’t able. Walking back to his locker, Skip called him into his office. “What now?” he wondered. “Johnson,” Skip bellowed with his stentorian voice, and he was immediately a five year old looking into his father’s disappointed eyes. Skip continued: “This is the best part of my job. Forget the money, the championships, the stale bread in the kitchen. There is nothing better than when I tell a deserving ballplayer he is now a Big Leaguer.”

“Wait…What!?” Johnson asked. Before Skip could repeat the words, tears were streaming where defeat had been just a few moments prior.

“You’ve earned it,” Skip said, “and the guys in St. Louis noticed. They want you there ASAP. Now the bad news,” Skip said, “there are no flights tonight, so if you want to make it the Major Leagues, you need to drive there yourself.”

At that moment, he would have swam to St. Louis; driving was nothing. “Now pack your bags and get out of here,” Skip said. “I don’t want to see your ugly face in this clubhouse ever again.”

He sprinted out of the office, grabbed the nearest bag, threw in his gloves, spikes, a handful of batting gloves, and left the rest for the next guy. He assumed that the clubby in St. Louis would give him whatever else he needed.

He floated to the parking lot and jumped in his truck. As he left the ballpark and headed for his apartment, he gave himself exactly ten minutes to pack. A toothbrush, a change of underwear, and he would deal with the rest of the shit later. He had somewhere important to be.

Not twenty minutes later, he was heading north on I-55, on his way to “The Show.”

There was a blood red moon – fitting he thought – which brightened the sky and exemplified this glorious moment. The road ahead – as far as the eye could see – was straight and dark. The hum of the tires could not drown out the cacophony in his head. Nearly twenty years of baseball, from playing catch with his dad, to backyard Wiffle ball with his brother, to conference championships in the SEC, to four cutthroat seasons in the bushes. As the wind blew through the open window he thought to himself, “This is what it feels like to be one of 750, a Major League baseball player.”

In a few short hours, he would arrive at the gates of that famous ballpark, and pull into the player’s lot where his heroes park their cars, and enter the clubhouse as a member of the St. Louis Cardinals. Busch Stadium was his field of dreams; and after all those years, and all that work, after all the fears and all those doubts, he realized: some dreams do come true.