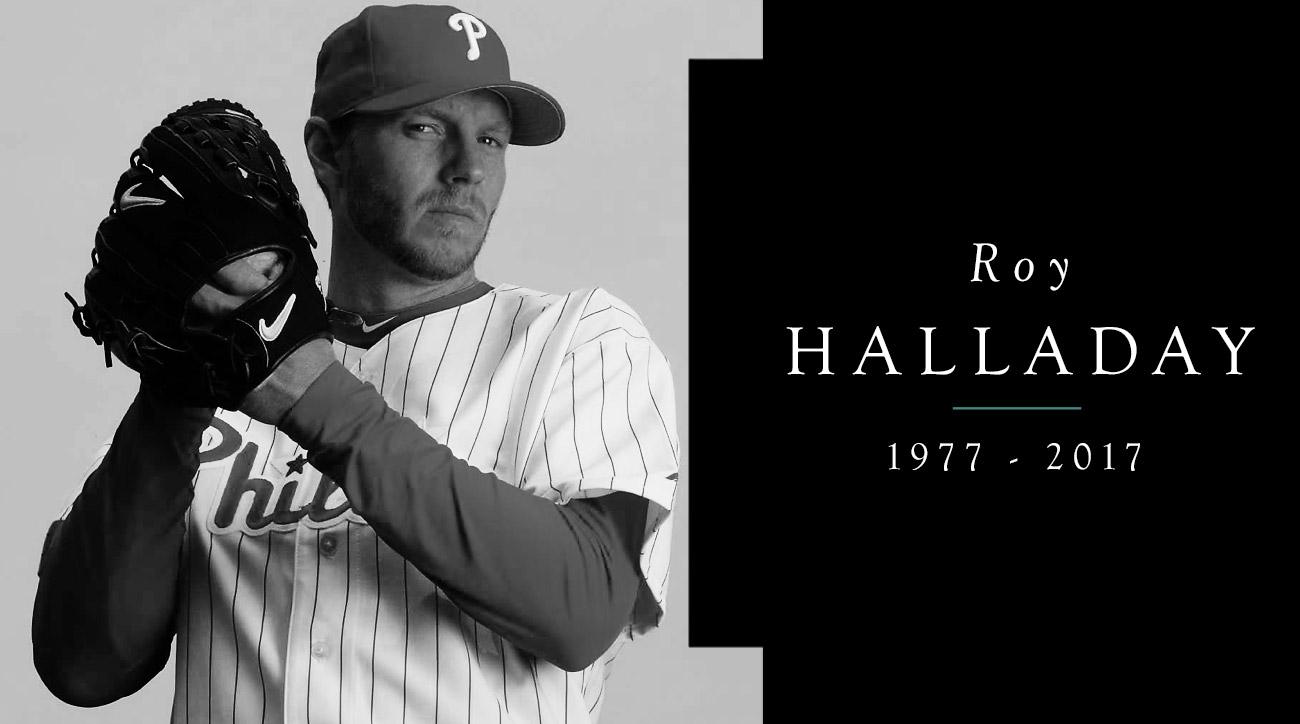 I have suffered a great deal of loss in my years. I have attended more funerals, and delivered more eulogies, than most people do in a lifetime. And when someone dies, we, as a society, have an immediate reflex to turn the deceased into a saint, a hero, a flawless soul who graced this mortal coil for too short a period. In those moments of despair, we often overlook the faults, imperfections, peccadilloes, that made the person whole, made them human, made them them.

I have given this idea a great deal of thought while reading so many glowing obituaries and memorials and tributes to Roy Halladay, who died tragically in a plane accident on November 7th. To read the words written by those who knew him well, by those who him a little, by those who rooted for him, and those who just watched him from afar, you get the sense that this man was really as great as he seemed.

Halladay’s statistics speak for themselves, and even absent an untimely death, it is safe to say that they are clearing a spot for his plaque in Cooperstown some time after 2019. Doc’s intensity was well-known to baseball fans in two countries – his refusal to speak to teammates on pitch days; his glaring at batters to get back in the box; his 5am Spring Training arrivals. It wasn’t just teammates, rivals loved watching him pitch.

“I can’t believe it. So many times we competed against each other and even while competing, I wanted to see you! My condolences to his family” — via Twitter, @45PedroMartinez

But there are so many other attributes that are either overlooked or unknown. There was the mentorship that happened in the clubhouse, but was not publicized. There was the quiet donations, including a police dog to the very sheriff’s office that led Halladay’s recovery effort. There was (and will continue to be) the Halladay Family Foundation that aides children’s charities, hunger relief, and animal causes. There was the Little League coaching that spread to both dugouts, as Roy was loathe to horde his knowledge and deny other children the experience and expertise he had gained over a lifetime on the diamond. There was the love of flying that endeared him to his new “team” in the aviation community. There was his being a role model for scores of pitchers, including the man who saved the final game of the World Series just over a week ago. And there was the multiple nominations for the Roberto Clemente Award, given to an MLB player for sportsmanship and community involvement, an award named for a man who died, ironically/coincidentally/cosmically, too young in a plane accident.

Roy Halladay, coming off a season with a 10.64 ERA, was a dark horse to become his generation’s best pitcher. He was the rare bird who lived up to the words written about him by professional scriveners. He was a hard-working Phillie and a free-flying Blue Jay, an inspiration to all.

R.I.P. Doc, the world of baseball, and the world in general, was a better place for having you.