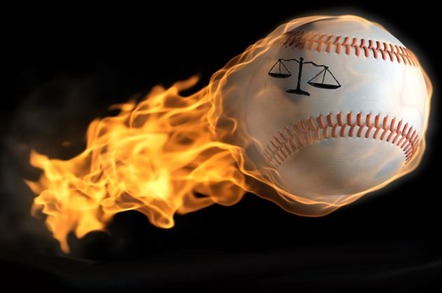 A few weeks ago the child of a good friend got in trouble at school. When the dust settled and the punishment was doled out, he/she was suspended for five weeks. You read that right, he/she was essentially given a grade-level death sentence. I am not sure what the school hoped to accomplish with this draconian measure, but I doubt the intent was to essentially cause a student to have to repeat a grade. After some much-deserved push-back, the school reduced the sentence to five days. Considerably more appropriate – at least in terms of time. It seems to me that an institution filled with academics could come up with a more productive punishment – one that would benefit the student, the school, and the community at-large, all while acting as a deterrent for potential future offenders. Alas, it was not meant to be.

So, if a private school that prides itself on its progressive policies, a place of higher learning that hopes to usher out into the world fully-formed, quality human beings, cannot figure out a proper penalty for aberrant behavior, I am not sure how we can expect a major sports league to do so. We have seen, time and again, the NCAA, the NFL, the NBA, and of course, MLB, bollox this up twenty-six ways from Sunday school.

Last week I was playing in my weekly softball game and, as one might expect, we started talking about the Houston Astros. To a man (there were no women in the dugout), the belief was that the Astros should have the book thrown at them. Unfortunately, there isn’t really an appropriate book. One suggestion was that the team should be disbanded. Another was that they should have to vacate their 2017 World Series title. And my favorite: they should be forced to play without a shortstop next season.

During our game, while I was playing first base, a call came from the dugout asking my opinion (these are pretty informal affairs). I quickly said, “Well, the max fine is $2 million, so…” and then I had to field my position. But like the echo in Casey’s at bat, there was an immediate response from the mound: “There is no way that $2 million is the most they can fine them,” and then he threw a pitch. This led to another conversation, wherein I promised to do the research.

Insofar as the U.S. Constitution is getting a lot of run these days, it seems fitting to look at the MLB Constitution. I will quote the entirety of Article II, Section 3, with specific highlights:

So, the pitcher and I were both correct. $2 million is the maximum fine, for each offense. However, I am not sure how “for each offense” is actually applied. Let’s take a look at some precedent.

In 2017, after a lengthy investigation and a federal trial wherein a former Cardinals executive was sentenced to 46 months in prison for hacking into the Astros database (why are the Astros always in the middle of these things?), MLB handed the St. Louis club a $2M fine and the loss of two later round draft picks (together worth about $1.8M). According to the plea agreement, the executive hacked into the Astros’ system at least five times. Could that have been five “offenses” resulting in a $10M fine? Who knows. What we do know is that that didn’t happen. Further, Commissioner Rob Manfred determined that the executive was a “rogue operator” and that the club did not know or suspect the behavior. Thus, he declined to level the above-referenced $500,000 fine. But it sure seems like he could (should?) have.

With the Astros, we already have at least two “offenses,” and I have no doubt that upon further inquiry, many more will be determined. Was this behavior so egregious that more than $2M could be assessed? We know, from the email discovered by Ken Rosenthal and Evan Drellich that Astros executives were in on the potential cheating, asking scouts to get video of other teams’ dugouts. So, an additional $500,000 is definitely in order.

Let’s play this out. Let’s say Manfred discovers 25 can’t miss violations, and he determines that ten executives were in on it. And let’s say he interprets the “for each offense” to include each offense (for you attorneys, how about that for strict construction; and for you Brady Bunch fans, how about that for exact words). And he throws the whole library at the Astros to the tune of $55M ($2M x 25 plus $500K x 10). Does that do the job? According to Statista, as of 2019, the Astros are worth $1.8 billion. A $55M fine is just 3% of the team’s value. A drop in the bucket – or in Houston terms, a dribble in the spittoon. But, if you base the fine solely on revenue, it is considerably heftier. The Astros had $368M in revenue this year, so a fine this large would represent a 15% hit. Now we are talking behavior modification-type money.

But despite protestations otherwise, money is not everything. The team will get a ton more of that next year, and could simply cut payroll or raise ticket prices to offset the loss. More needs to be done. Let’s take another look at the precedent.

Last year a video appeared showing the Giants CEO, Larry Baer, forcibly struggling with his wife with her eventually ending up on the ground. Manfred reviewed the tape and concluded Mr. Baer’s conduct was “unacceptable under MLB policies and warrants discipline…In determining the appropriate level of discipline, I find that Mr. Baer should be held to a higher standard because as a leader he is expected to be a role model for others in his organization and community.” Baer was suspended for half the season.

If the facts lead where we believe they will, should MLB suspend Jeff Luhnow for half the season? If you will recall, Brandon Taubman, the assistant general manager, was already fired for being a horrible human being, so that would/could leave the Astros without its top two baseball operations executives until July. To make it really hurt, they could extend this until August 1st so the Astros would be without Luhnow for the trade deadline?

And what about A.J. Hinch? The manager either knew or should have known what was happening just outside his dugout? In the NCAA they call that a lack of institutional control. Should he be suspended for half the season? More?

Now let’s get creative and more dicey. What about Alex Cora, the Astros’ 2017 bench coach? He knew – or should have known. Regardless of the fact that he is now the Red Sox manager, he too should face discipline. And my favorite, how about Carlos Beltran? He was the veteran presence on that 2017 Astros club, who showed the younger players how to take certain advantages. My guess is that the investigation will cast a negative light on him as well. How Mets would that be to have their new manager suspended before he ever takes the field?

Back to the softball field, it is unrealistic to take the Commissioner’s trophy away from the 2017 club. And, to be fair, there were no trash cans being banged in Dodger Stadium when Yu Darvish got shelled in Game 7. That was on him; and it was on the Dodgers for failing to capitalize on seven baserunners in the first three innings. Plus, if the Astros didn’t win that night, then does Carlos Correa propose to his wife on the field? Do we nullify their marriage, too?

Speaking of Correa, I am not sure Houston should have to play without him next year. I know Alex Bregman feels confident enough to cover the entire left side of the infield, but that seems like a non-starter.

And we can’t disband the team. What would happen to “Deep in the Heart of Texas” if it was not sung 81 times a year in Minute Maid Park?

Our friend’s school meted out a punishment that didn’t fit the crime. Luckily, they corrected their error. I fear that MLB will under-correct in the other direction. The Astros need the professional sports equivalent of a five-week suspension; they need a reprimand that requires them to “fail” next season; they need a rebuke that tells the world that this behavior will not be tolerated. Manfred is in an uneasy spot – he is required to penalize one of his bosses. Heavy is the head that wears the crown. But if we are going to be forced to live in a country that more and more looks like an autocracy, it is time for at least one person to lawfully execute his plenary powers.