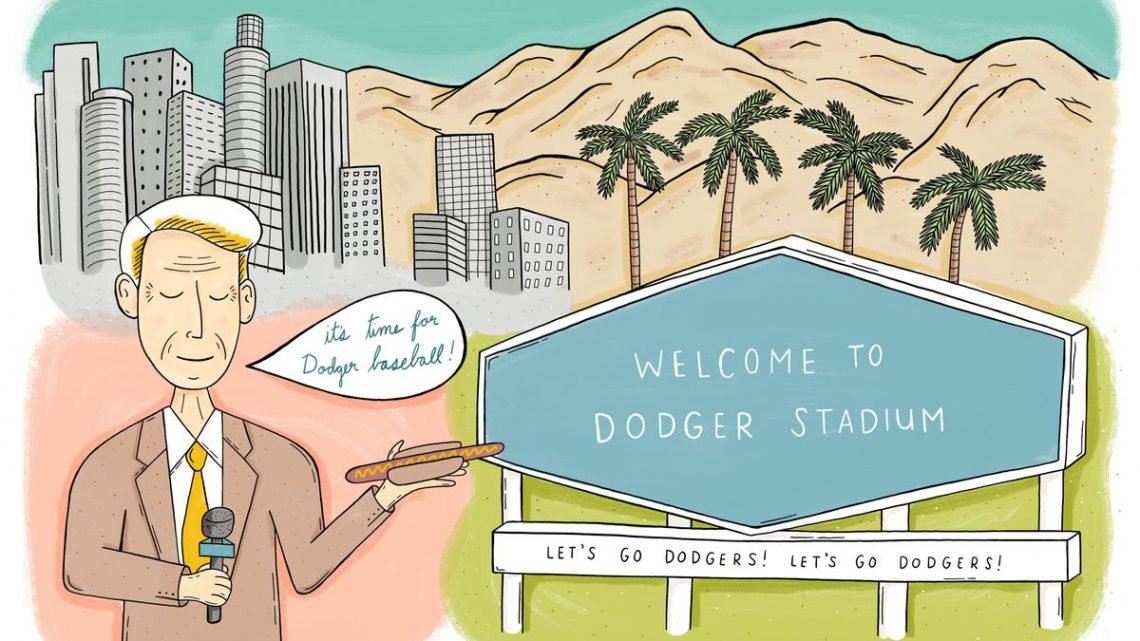 Three Million Reasons Not to Care

Since 2001, the Dodgers have drawn more than three million fans every year, save for 2011, when they fell 65,000 short. Not only are they on pace to hit the mark again this year, they might set their all-time record (2007’s 3.85 million is the number to beat). To paraphrase an Iowan ghost, if you build it, no matter how bad it is, they will come.

And yet, no matter how many fans do come, it has become increasingly clear that the Dodgers don’t care about them. I am not sure when I first started to notice that, but I know I wrote about it in 2016. It may have been…

That said, I do know when I was certain that the Dodgers flat out do not care about their fans: It was around 8pm on Friday, October 26, 2018. It was at that time – the ninth inning of Game 3 of the 2018 World Series, with the score tied 1-1, that the Dodgers closed their concession stands. That is when I knew for sure. To be fair, this is common practice at Dodger Stadium. It is a well-known fact that you cannot get a beer after the seventh inning (a league-wide rule) and cannot get a crappy Dodger Dog after the eighth.

But this was the World Series. This was not the typical Dodger crowd, when half (more?) of those in attendance head to their cars while the last notes of Take Me Out to the Ballgame are still reverberating around the stands. The official head count for Game 3 was 53,114, and the vast majority of them were still there in the ninth inning that Friday night. But the concessionaires were not. The peanut vendors were not. The candy hawkers were not.

If you know me, you know that I will happily climb a soapbox and wax incessantly on the failure of Dodger Stadium concessions. This has become my stock in trade. But, my standard misgivings aside, what we witnessed that night was incredible. Nothing was available for nearly ten innings – for nearly four hours. Think about that for a moment.

Again, to be fair, in the sixteenth inning they did open a dessert window at Aisle 46. The line grew so long, so quick, in multiple directions, that a fan feared he or she might miss a magical baseball moment waiting for an overpriced sundae. I know, because I was one of them. As I have previously written, I took my father to this game, and he and I were famished by 11pm. So I went alookin’ for sustenance, and found myself in line for ice cream. But after a full half inning with no movement, I surrendered, afraid of missing the Dodgers turn at bat in the bottom of the 16th. I am certain people were still in that line when Max Muncy ended the game in the 18th – I just wasn’t going to be one of them.

From a business standpoint, I cannot even begin to calculate how much money the Dodgers (and their concession partner, Levy) left on the table between innings 9 and 18. From a marketing perspective, I cannot even imagine how someone within the organization didn’t stop to think – maybe in the 11th or 12th inning – “we probably have a lot of hungry fans sitting there…hell, there may be some really cranky kids who haven’t eaten in hours.”

Now this is where some team official tells me that union rules don’t allow the concessions to remain open past a certain inning. Fair. Unreasonable, crazy, unacceptable, but fair. To which I would reply that a fan relations person should have then grabbed some colleagues and some ushers, and started chucking bags of peanuts and boxes of Cracker Jacks up and down the aisles. Make it a communal experience. Have Todd Leitz announce:

“Ladies and Gentlemen, we are now amongst the longest World Series games ever, so the Dodgers would like to reward everyone still in their seats with some snacks – but if you are lucky enough to catch a bag or a box, be sure to share with your neighbors.”

What a great story that would be. In a battle of wills, with East vs. West, as the clock ticked past midnight, Chavez Ravine would have metamorphosed into a Don Draper Americana ad. Walls would have come down; friendships would have been made; stomachs would have been filled.

Instead, we sat there hungry and tired. So when the ball left the yard at 12:29 a.m., we collectively barely had the energy to hoot and holler. Sure, we did it, because that was what adrenaline and the moment called for. But the minutes and hours preceding Muncy’s heroics called for an organization to care about its fans; not to take its three million trips through the turnstile for granted. Simply put, the Dodgers had ten innings and four hours to prove that they give a shit about their fans. They failed.

Why am I writing about this now, seven months later? I have been to Dodger Stadium five times this season – twice this past week. I cannot say I am shocked, but I am at least stunned, at what I have seen. Two consecutive World Series appearances have done nothing for the Dodgers’ affection for their fans. They still don’t give a shit.

I will grant you, in advance, some of this is petty. But I ask you, shouldn’t the organization want to make its best showing; wouldn’t you expect that going into the season, that the ballpark would be gussied up and looking good? Haven’t we, as fans, earned that respect?

To begin, as you enter the park in left or right field, you need to plot a course around construction zones. Was there not time to do this over the winter?

During opening week, I saw a sign at the entrance with paint peeling off. Huh?

This season the Dodgers moved Tommy’s Trattoria out of the pavilion and into the concourse. But you wouldn’t know that from the signage, which points you in the wrong direction towards its former location. How can this happen? Who is not looking or who is overlooking these details? 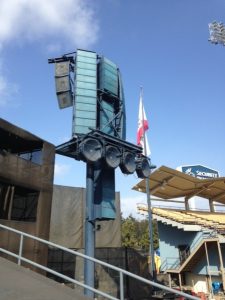 I caution you that what I am about to write will change your viewing experience at Dodger Stadium forever. Once you read these words, you will look and never be able to unsee. You have been warned. Take a look at center field – beyond the wall. You will see a stanchion of speakers. They may be an eyesore, but they do serve a purpose (we can debate the quality another time). Now glance slightly to the left. There you will find an elevated camera well. Every ballpark needs a center field camera – no argument there. But do you see the janky, torn, faded black table cloth/tarp that they use to as part of the batter’s eye to cover the scaffolding? Are we to believe that, in a town as flashy as Los Angeles, with a team as wealthy as the Dodgers, with a ballpark that sells itself on its vistas, that they cannot do better than this? If you have not noticed this before, you may be scoffing now…but just you wait.

There is a rumor – and some leaked sketches – that the Dodgers plan to overhaul center field ahead of the 2020 All Star game. Well, they better get cracking, because they have 13 months to turn a monstrosity into something worthy of the Mid-Summer Classic.

Yes, I am a hypocrite. I give them money, buy season tickets, and go to Dodger Stadium at least a dozen times per year. I could simply stop going. But I think my continued presence gives me standing to complain – I am not the one-time visitor from out of state who simply takes in the grandeur and the palm trees. I am a fan, with kids and disposable income; I am the fan the Dodgers should be trying to please. If, for no other reason, then to insure that I re-up my season tickets again next season.

But, when they are setting attendance records, they have more than three million reasons not to care.