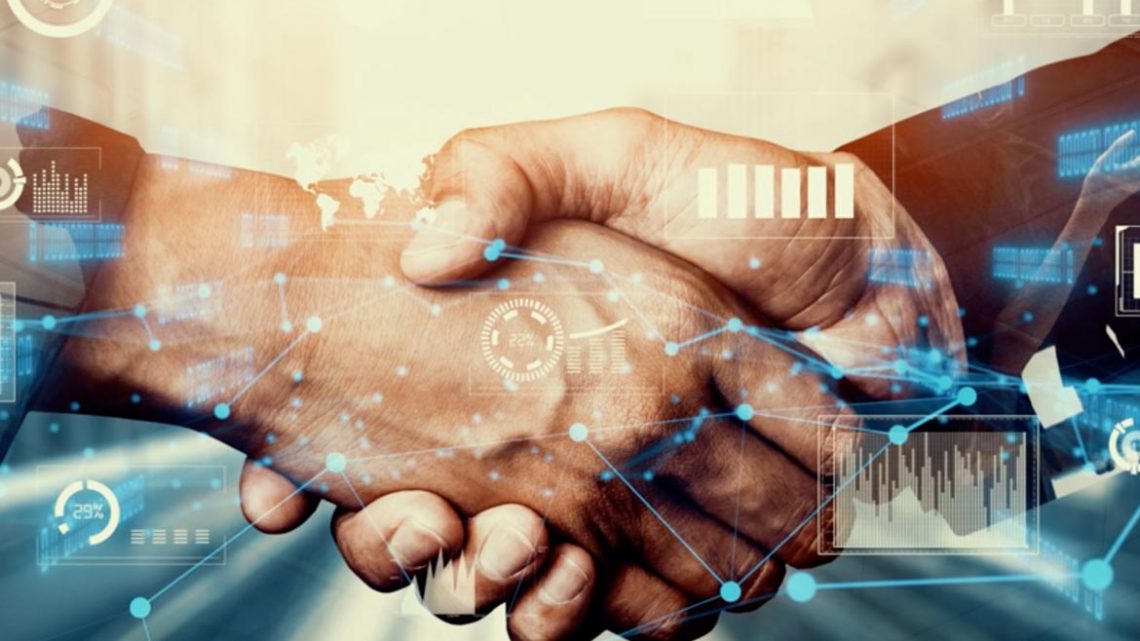 For those of us who follow baseball closely – and one must assume that if you are reading this, you do – we take for granted our knowledge of the business of the game. We know, at a subconscious level, when a player will be eligible for free agency, and what “service time manipulation” means. We understand the significance of opt-outs and the nuances of the competitive balance tax. But the truth is, all of these things that we can recite as easily as “2+2,” are quite arcane to the casual observer. Want proof? Try explaining “Super Two Status” to someone who doesn’t frequent FanGraphs or follow Pitching Ninja on Twitter.

A while back I found myself having drink with my wife, waiting for a table at a local restaurant. A game was playing on the television above the bar. Some player was on the screen – I don’t recall who, but it could have been Walker Buhler or Fernando Tatís (pre-extension) or Rafael Devers. The who is irrelevant. I said to wife something along the lines of: “This guy is one of the best bargains in baseball.” She asked, “Why is that?” And so began a long and complicated discussion about rookie deals, the tendering of contracts, arbitration, and then free agency. Either I explained it very well or she is a quick study, or she is a good enough actress to pretend she understood even when she was too bored to ask for additional details. But she did stump me with one simple question:

If the teams control players for three years before they reach arbitration, why would the teams ever give them a raise?

In response I gave a trite answer about how we all want to be rewarded for our hard work, asking how would we feel if our bosses didn’t give us raises on yearly basis. It was such an innocent question. But it raised such an interesting point.

As ordinary shmos, we want and need to be rewarded for our hard work and we expect a raise each year. Our employers – ostensibly – want to keep us as employees, knowing that the time and cost of replacing a worker is substantial (as companies have learned during the “great resignation”). There is mutuality to the relationship in a standard setting that does not exist in professional sports. If an employer treats its employees well, pays them a decent wage (with reasonable bumps), and provides them with adequate benefits, that employee will theoretically stay. But regardless of how well a team treats a player, he has an off-ramp; a time when he can, and oftentimes is expected to, take his talents to South Beach, or Dallas, or New York. So, if players toil for years to get to get to free agency, to get to a point where they can create a bidding war for their services, it begs my wife’s question: Why do teams bother giving raises?

A quick primer: The typical baseball player is under “team control” for six years (sometimes less, sometimes more, let’s not busy ourselves with those distinctions). For the first three seasons he is under contract, the team is required to pay him the major league minimum ($570,500 in 2021). After seasons three through five, he either negotiates a new agreement with the team or goes to arbitration and pleads his case. After season six, he is a free agent and can go wherever he desires. But every year players are tendered contracts for their second and third seasons with raises built in. Not substantial raises, but usually in the 5-10% range. I imagine we all would be quite happy with raises of 5-10% in a given year. But, again, why do teams do this?

At first blush, one might think that giving a player a raise in Year 2 and/or Year 3 is a reward for a job well done. And nominally, that is what it is. But is there any other point in a player’s career where ownership provides more than what is contractually required (either collectively or individually)? Shohei Ohtani just won the MVP award, banging out an 8.1 fWAR season. According to a 2020 article from FanGraphs, each point of WAR was worth $8M. That number varies on a season-by-season basis, but let’s use that as a basis. According to that metric, Ohtani was worth $64.8M to the Angels last season. Now, one can quibble about paying players on a per-WAR basis. But, one cannot quibble with the idea that Ohtani was worth more to the Angels than the $4.25M the team paid him last season. Near as I can tell, Ohtani doesn’t have any contractual bonuses for receiving any awards. Despite his brilliance and the historic nature of his 2021 season, the Angels will pay him the same $4.25M next year. Why? Because that is what is in his contract; that is all that is required. There will be no “atta boy” 5-10% pay raise for Ohtani in 2022.

We could do the same analysis for hundreds of other players who out-performed their contracts, and yet will not get any raise for their efforts. Players in their first three years of service time are subject to the whims and generosity of their organizations. And, judging from baseball’s middle class and the fact that the owners just locked out the players and issued Kremlin-level propaganda about their decision, it is fair to say that players are not often the recipients of teams’ largesse. So, if teams rarely (if ever) give away anything they don’t have to, why do they (seemingly) always give a raise for Year 2 and Year 3?

Just to put a finer point on it, according to the glossary at MLB.com, “Clubs may choose to sign their pre-arbitration players to one-year deals for more than the Major League minimum to build goodwill for future negotiations, but they are under no obligation to do so.” Which got me thinking: Does buying goodwill ever pay off? How often do player reward their teams by staying with them upon reaching free agency?

Going back to 2015-2016 off-season, I tracked the top twenty free agents for each season, then narrowed the analysis to include only players who spent all (or most) of their pre-free agency years with their original club. These players got the minimum, then got raises for Years 2 and 3, and then did what? Let’s take a look:

Chris Davis: Davis actually played 193 with the Rangers before being traded to the Orioles, so he isn’t a perfect comp. But since he received a raise from the Orioles in Year 3, and then went through three years of arbitration with the club, it still works. Davis rewarded (?) the O’s by sticking with the club, and signing one of the worst deals in baseball history (7/$161M, which netted the Orioles a total of -2.8 bWAR before Davis retired in the middle of the 2021 season). I am guessing Baltimore wished they hadn’t earned such goodwill.

Jason Castro: He came up with Astros, earned the minimum, and got raises in Year 2 and 3. As soon as he became a free agent, he bolted for the Twins.

Kenley Jansen: Kenley came up with the Dodgers, went through the paces, and then signed a 5/$80M deal. So either the early-year raises paid off, or the $16M/year moved the needle. No one will ever know.

Wilson Ramos: Was drafted by the Twins, but got traded to the Nationals before he reached the majors. Once he became a free agent, he signed with the Rays.

Eric Hosmer: This may the poster-child for goodwill not being rewarded. Hosmer was drafted third overall by Kansas City in 2008, worked his way through the minors, and began his career at Kaufman Stadium. He received a raise before Year 2, which earned enough goodwill for him to sign three pre-arbitration contracts of $3.6M, $13.9M, and $12.25M. Then he took a $17.4M Qualifying Offer. As a free agent, Hosmer shunned the Royals’ 7/$147M offer to take an 8/$144M deal with the Padres. If it looks like he took a worse, that’s because he did. Do you think the Royals might want those raises back?

Lorenzo Cain: Fellow Royal Lorenzo Cain was originally drafted by the Brewers, he played 43 games with the team before being traded to Kansas City. He received raises in Years 2 and 3, and then went back to Milwaukee the first chance he could – when he reached free agency.

George Springer: He came up through the Astros system, won a World Series, and then left the country to sign with the Blue Jays as soon as he had the chance.

DJ LeMahieu: After a cup of coffee with the Cubs, LeMahieu spent his formative years with the Rockies. He reached free agency, took the Yankees’ money, and ran.

AJ Pollock: Pollock came up with the Diamondbacks, took their raises, and then left for the division rival Dodgers once he became a free agent.

Corey Seager: For Dodger fans, it is hard for them to imagine Corey in any other uniform. He was the future. Well, he was until we wasn’t…when he reached free agency and quickly signed a massive 10/$325M deal with the Rangers.

Eduardo Rodriguez: He got two raises, signed three one-year deals, and went to arbitration once with the Red Sox. When he became a free agent, he immediately signed with the Tigers.

Carlos Correa: Time will tell if Correa rewards the Astros for their largesse, but the tea leaves are not pointing in that direction.

Trevor Story: Will Story remain a Rockie? I wouldn’t count on it. Story expected to be traded at the 2021 deadline, and it seems his bags are already packed for parts and teams unknown.

There are, of course, many more players we could analyze, some of whom stayed with their clubs. But, the vast majority of those were because they had no other options. Kenley Jansen and Chris Davis both of whom took massive deals to stay with the original clubs, may be the exceptions that prove the rule. Giving players raises for Years 2 and 3 doesn’t seem to buy (the team) anything. As Bob Sugar so aptly puts it, “It’s not show Friends, it’s show business.” And as these examples prove, goodwill cannot be bought with $25-$50K raises. Which brings us back to the bar and to my wife’s question: Why do teams ever give players a raise?

The answer, unfortunately, is the same as why they changed the formula to Coke: No one knows.