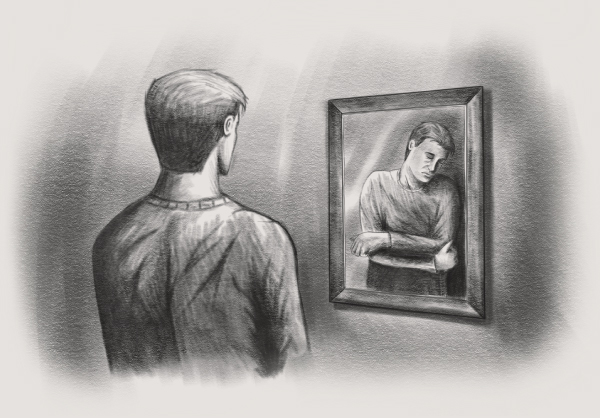 I get that we live in a “post it or it didn’t happen” world. I understand that people want to be heard and need that dopamine rush attendant to “likes.” But I also know that a whole lot of people do and say things that they wish they could take back – oftentimes moments, sometimes days, after they hit send or speak into a microphone.

Merriam-Webster defines shame as “a painful emotion caused by consciousness of guilt, shortcoming, or impropriety.” We, as a society, use the word more often as a verb, and do so in a cynical fashion. And it is ugly. We, as a society, never fail to wag a finger, tsk-tsk, or hold people in contempt. We shame them. And often for no reason other than to make ourselves feel better. We don’t use shame as constructive criticism to achieve a better outcome, we do it to embarrass the wrongdoer, and make he or she feel less than.

But shame – the noun – if properly effectuated, if it forces people to look in the mirror and not like what they see, can lead to growth and change and progress.

While in quarantine I have considered the implications of shame. Specifically, I have wondered what it would look and sound like if Oliver Stone made a slight alteration in the words he wrote for Gordon Gekko. Herewith:

“Shame – for lack of a better word – is good. Shame is right. Shame works. Shame clarifies, cuts through, and captures the essence of the evolutionary spirit. Shame, in all its forms – shame for how you live, shame for money, for lack of love, for lack of knowledge – has marked the upward surge of mankind. And shame – you mark my words – will save that malfunctioning experiment called the United States of America.”

Some people march, and others riot. People scream and yell and quietly protest. But it does not seem that anything or anyone really changes until they feel shame. I take no pleasure in writing these words, but more and more it seems readily apparent that they are a truism. Time and again we have seen how shame has changed people’s behaviors and their thoughts and their reactions.

Drew Brees went on television and spoke from his heart. And then the backlash began. It is my sincere hope that he heard the words of the people in his community, in his sport, in his locker room, and gave himself that hard look in the mirror. And maybe, just maybe, he felt some level of shame for what he said and how he said it. And, as such, he woke the next day woke. He changed his view and his tone so much so that he was willing to take on that titular Commander in Chief.

Why do we think Bill Barr, all high and mighty with his ordering the code red on peaceful protesters in Lafayette Square suddenly claimed “it wasn’t me”? Or Mark Esper going from standing next to the president in front of St. John’s Church for a photo-op to claiming he didn’t know where he was going, to giving a press conference wherein he denounced the president’s plan to use the military to police our city streets. They both saw the reactions to their actions and felt shame. And then they attempted to Ginger Rogers their way back into good social standing.

Per Gekko, “shame was right.”

A few weeks ago I (and many others) wrote about the owner of the Oakland Athletics, a billionaire named John Fisher, and his parsimonious decision to refuse to pay his minor league players $400/week throughout the summer. As of early last week, 29 of 30 teams had agreed to fund their minor league players through at least June. Fisher was the lone miser. When 29 other billionaires think you are being Scrooge McDuck, it is time to revise your thinking. So Fisher changed his tune and agreed to pay his players through August. And he agreed to set up a fund for furloughed employees.

This “shame for money” led Fisher to change course.

Shame is the cornerstone of everything happening in this country today. The City of Minneapolis feels great shame – not that their police committed an atrocious murder in broad daylight – but that the world saw them commit an atrocious murder in broad daylight. In all of the officer-involved killings from 2013-2019, only 1% have led to arrests, let alone convictions. Why, because they weren’t caught on tape; because the municipalities were not forced to feel shame.

Why were Ahmaud Arbery’s hunters finally arrested – two months after-the-fact? Because a videotape of the horrible incident went viral and the city officials felt shame. The world saw their inaction – their lack of investigation – and they felt compelled to do the right thing. In fact, the highly-regarded mayor of Atlanta, Keisha Lance Bottoms, acknowledged that but for the uprising, she wouldn’t have even reviewed the tape. She didn’t need to say it, but to not review the tape in the present environment would have been shameful.

She felt shame for her “lack of knowledge.”

Let’s take a look at the NFL. On May 30th the league issued an anodyne statement expressing condolences for George Floyd’s death and that they were “committed to continuing the important work to address these systemic issues.” It was roughly the same bromide as nearly every other organization. Unfortunately for “the shield,” they hold a unique position in this battle. Seventy percent of the league is black, the teams paid a massive collusion claim to Colin Kaepernick for effectively blackballing him for kneeling during the national anthem, and they are viewed as being behind the curve on issues of racial justice. The NFL players would not allow the league off that easy. So last Friday night, Commissioner Roger Goodell sat in his basement and offered a mea culpa. He apologized for the league’s past behavior. He said the magic words: “we were wrong” for not listening earlier and encouraging players to speak out. Did Roger find his inner DeRay McKesson in less than a week? Or was something else at play? From New York Magazine:

“[The league] was forced by a powerful video, shared Thursday night on social media, in which New Orleans Saints star Michael Thomas and numerous other black players called out the league, called attention to the killing of Floyd, Breonna Taylor, Ahmaud Arbery, and other African-Americans killed by police — and demanded the league stand behind them. ‘What if I was George Floyd?’ many of the players asked, insisting that they will ‘not be silenced’ anymore.

“Twenty-four hours later, with apparently little input from team owners, Goodell did what the players told him to do, in some cases saying verbatim what they had demanded he say. They published a ‘message on behalf of the NFL’ and forced the NFL to literally repeat what they said.”

Goddell saw he was on the wrong side of history (again), and as such, shame “cut through and captured the essence of the evolutionary spirit.”

The Buffalo Police Department claimed a 75-year old man tripped and fell and was injured in a confrontation with approaching officers. Then two different videos of the incident went viral. The BPD then suspended two officers. While the powers-that-be felt shame for their inaction, 57 fellow police felt no such embarrassment, as they resigned as a result of the suspensions. One can only hope that when those 57 officers go home or to church or to the grocery store, their neighbors can provide a level of opprobrium that their senior officials could not; maybe they will at some point feel shame for encouraging their comrades to walk past an old man bleeding from the head. Maybe that shame will cause them to un-resign and acknowledge that orders or not, their actions were not acceptable behavior on our streets or anywhere else on this planet. We need a some men in blue in western New York to feel a level of shame.

How about the NBA owners who looked the other way and turned a deaf ear to the racism spewing from Donald Sterling’s mouth for so many years? Or the Hollywood executives and actors who laughed off the “rumors” of Harvey Weinstein’s alleged indiscretions? This list could go on and on.

As we move into mid-June, as the NBA plans to resume its season at the end of July and the NHL some time shortly thereafter, we must ask ourselves if the MLB owners can be forced to feel some form of shame. What will it take for them to look in the mirror and realize that they are self-fulfilling their prophesy? They want to claim “baseball isn’t very profitable” (the Cardinals Bill DeWitt, Jr.) or “the league itself does not make a lot of cash” (the Cubs Tom Ricketts). Well one way to ensure both of those statements are true is to squander this opportunity to own the month of July – to be the first and only of the big four sports to be playing real games. You want to have your clubs lose money and lose value, either (a) not have baseball in 2020 over financial considerations and/or (b) have this dispute end so acrimoniously (e.g., Rob Manfred imposes a 48-game season) that we have a strike or a lockout after the 2021 season. If that were to happen, then these owners’ words will look prescient. But can someone, somewhere, say something that will force these billionaire penny-pinchers to feel the shame of their inaction, of their intransigence, of their…wait for it…greed?

Because that type of shame is what is needed to “save that malfunctioning experiment called Major League Baseball.”