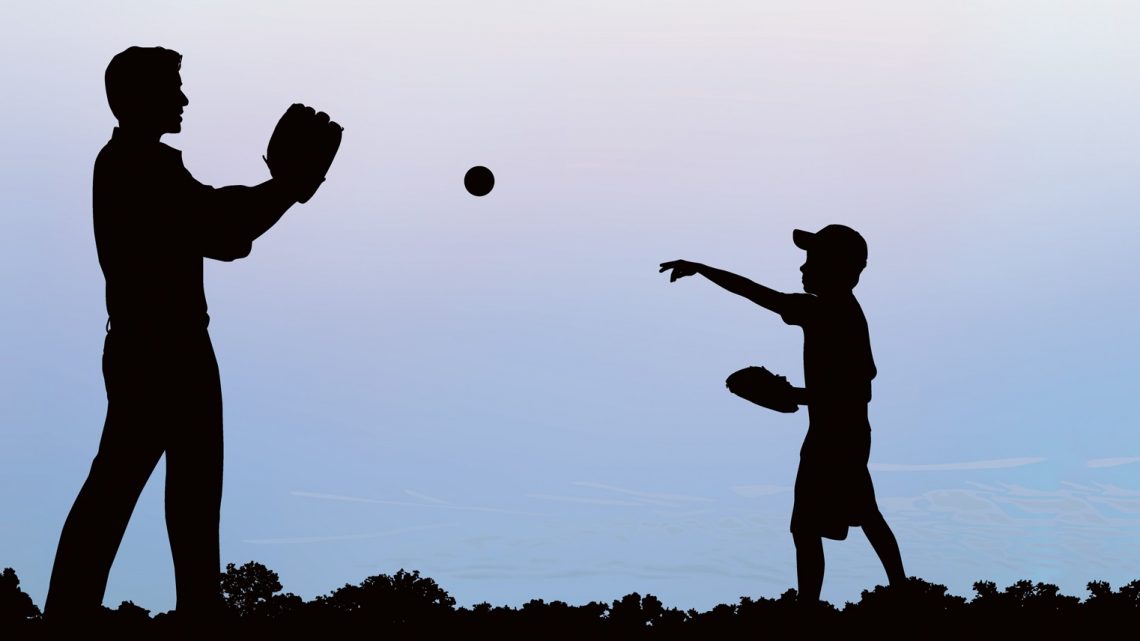 Baseball: The Tie That Binds

About eight months ago my son decided he would do a summer program at the University of Texas. This would be an opportunity for him – while still in high school – to live in a dorm, experience college life, and be on his own for a few weeks. It would be an opportunity for me – while still clinging to my kids’ childhoods – to get ready to say goodbye, let go, and lose control. This would be educational indeed.

As the drop-off day approached, as the knot in the parental rope got looser, the knot in my parental stomach got tighter. I felt, not adrift, but an acknowledgement that time is racing by; and, like it or not, he would be heading off to college before I know it. It’s not like he was sprinting away from home like some modern-day Jack Keurouac, saying, “see ya, old man.” To the contrary. But the day is coming. And I sensed it.

After we paid the deposit for this program, we immediately pulled up the MLB schedule to see if either the Rangers or the Astros would be in town around drop-off. Sure enough, the Astros answered our call.

Over the years I have attended ballgames with many different people in my life – and sometimes alone – and each offers a different experience. As I have previously written, taking my father to the World Series will go down as one of my all-time moments. Enjoying a game with my wife, who allows me to educate her about the game, and never seems by bored by my/its minutiae, is always a pleasure. Sitting in the stands with my buddies, drinking a beer while allowing our frenetic lives to slow to and with the pace of the game may be better than yoga. But going to a game with my son will always hold a special place in my heart. Baseball is my eternal gift to him; and he has grabbed it with both arms and has simply internalized it. So visiting Minute Maid Park with him on the same weekend that we began our long (2+ years) goodbye had a certain resonance.

We got to the stadium and took a few laps around. This was my third trip to MMP, but the last time I was there I didn’t get to enjoy the environs – I stood in one spot for hours as the Dodgers and Astros played one of the most epic World Series games of all time. This time I wanted to tour the park with my son, taking in everything it had to offer. I wanted to eat Texas BBQ, drink a Shiner, and enjoy “Deep in the Heart of Texas” during the seventh inning stretch.

After eating, walking, and visiting all the nooks and crannies, around the fourth inning my son and I took our seats behind the Mariners dugout. There were all sorts of baseball fans around us – young and old, near and far, Astros and Mariners. Sitting over my right shoulder was a father and son, both sporting matching Astros jerseys. The boy could not have been more than two or three. This was me, fifteen years and fifteen hundred miles ago. The kid was adorable, and the conversation between dad and boy couldn’t have been more sweet.

With baseballs flying out of ballparks at a record clip this year, we have come to expect fireworks. Hell, the Yankees and the Red Sox combined for 50 runs in two games last weekend in London. But on Friday night in Houston, for nearly three hours, all we got was a measly third inning solo homerun by Mariners rookie Austin Nola (first of his career). In short, there was not much to cheer about.

But then, with two out in the bottom of the eighth, Josh Reddick hit a towering fly ball that landed about five rows deep in the right field seats, tying the game.

The Houston crowd went crazy as the right fielder circled the bases. With all the hoopla – and how loud it gets in a dome – the father and son behind me caught my attention…and my ear. I heard the dad explaining the game as follows: “You see, he ran to first base, and then to second base, and then to third base, and all the way home. That is called a homerun.” And with that, the boy’s eyes lit up, he may have hopped a bit, and he began to cheer anew. I looked to my left, to my son. And then it hit me.

That is what this is all about. We pontificate about contracts and free agency; we worry about our team’s shaky bullpen or failure to hit with men on base; we lament ticket prices and television blackouts. We call in to radio shows and write blogs about the sport. But when you step back and remind yourself of the how and why we love baseball, this is it. A father and son. At the yard on a Friday night. Learning the most basic elements of the game. Root, root, root for the home team. Is there anything more pure? Is there anything more American? Is there anything more special than that?

I have been to countless games in countless parks with my son. And in the years to come, I certainly hope he does the same with his. As I look to the next few years, when he leaves for college – for real – and he doesn’t need me quite as much, and the ties that bind become ever looser, I will know that, whatever else, we have baseball. That bond will never be broken. And when I see a dad explaining the most basic aspects of the game, and a son discovering its inherent beauty, I know this tradition will carry on.