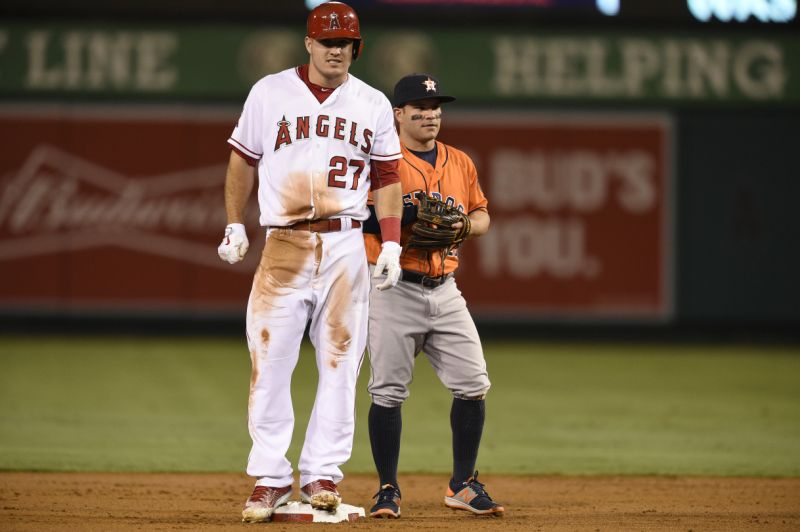 California Tie-Breaker: Not the End of the World

If you have ever coached a youth tournament game, you are familiar with the California Tie-Breaker. The genesis of the name is unknown, but one must assume it got its moniker on the fields of the Golden State because more youth baseball is played there than anywhere else.

For the uninitiated, the California Tie-Breaker works as follows: If, at the end of regulation (6, 7, or 9 innings), the game is tied, each team begins their half of the extra inning(s) with a runner on second base. Customarily, the last out from the previous inning is the runner placed on second. Of course, there are many ways to manipulate this system, but at the youth level, there are rarely enough players, or enough variance in players, to make this truly feasible.

But what happens when you implement the California Tie-Breaker on a larger stage? We are about to find out. In an effort to improve the pace of play (one of Rob Manfred’s biggest issues), Minor League baseball has elected to utilize the California Tie-Breaker for the coming season. (This rule is in addition to (a) a 15-second pitch clock with no runners on base, and a 20-second pitch clock when runners are aboard; and (b) the six mound visits per game limit that will be used at in the Majors as well.)

Now, there are many Cassandras out there (Michael Wilbon, anyone?) who will tell you that the use of the California Tie-Breaker is the end of baseball as we know it. These are the purists who believe that any change to “the way the game is played” means the downfall of Western Civilization. Putting aside that the President is doing that on his own, this is merely an experiment. There is no need to lose your mind, or too much sleep, about this – at least for the time-being.

For starters, how many of you dear readers have ever stayed for extra innings of a Minor League baseball game? My guess is the number is somewhere less than Pi. We don’t stay because we don’t care. The outcomes of these games don’t matter; the health and welfare of the players do.

Sure, we have all read “Bottom of the 33rd” by Dan Barry. It is a great story. But that was also nearly 40 years ago. A lot has changed in sports; a lot has changed in fandom; and a lot has changed in baseball in that time. Sam Miller of ESPN recently wrote an article about a 50-inning game – truly a great piece of writing and story-telling. And, for the foreseeable future, this thought experiment could still happen in a Major League game.

But in the Minors, where the players get a shower, a PB&J sandwich, and a ten-hour bus ride between games, playing for more than three hours on a given night doesn’t make sense for anyone involved.

Let’s start with the players, who, on average make somewhere between $1100-$2150 per month (yes, that breaks down to about $4/hour, and doesn’t look like that will be changing any time soon). Staying on the field until all hours of the night is neither fair nor prudent. The longer a player plays, the later the night gets, the more the temperature drops, the more likely a player gets injured. And that is good for neither the player nor the organization.

The more innings played, the more pitches thrown. Again, neither good for the players nor the organization. This one actually has a tremendous domino effect, as each level of the Minors feeds the level above. So, to the extent a team expends their available pitching (say, to finish an 18-inning game), the more stress it puts on the level below, as that team will be required to send pitchers “up” to fill holes for a day or two. Throw in the cost of additional travel, the wear and tear on the players, the clubhouse chemistry disruption, and this does nothing to help achieve the ultimate goal of a World Series championship.

How about the owners? Although many corporate groups own a slew of Minor League teams (as of 2014, nearly 40% of the 160 affiliated clubs were controlled by groups that own two or more teams), the vast majority are individuals and family-owned. They pay most of the ballpark crew on an hourly basis. And, most city ordinances proscribe how late they can sell beer. So, when a game rolls into its fourth or fifth hour, and the players are still on the field, but there are only thirty fans left in the stands, this would be the opposite of “free baseball”, and more like “expensive baseball.” There is no benefit to team owners to have the lights glow late into the night; to have the soda vendors working double shifts; to have the buses driving in the wee hours of the morning. The cynic might claim that if the game goes late enough, a team could save money on hotel rooms by arriving at the next city after daybreak, but I doubt anyone is looking for that type of efficiency. In short, the later a Minor League game goes, the worse it is for everyone.

Now, if this rule were to worm its way into the Big Leagues, then we would have a different conversation. At that level, the games mean something; the statistics mean something; the sanctity of the sport means something. Some will tell you that this is a slippery slope, and if they are experimenting with it at the Triple-A level, it is only a matter of time until we see Dee Gordon hugging second base as Matt Bush takes the hill in the top of the tenth. Yes, it could happen. But before we bring out the pitchforks, let’s take a minute and enjoy the subtle craziness of Minor League baseball. Books have been written about the weird stuff that happens at those games that doesn’t happen in The Show. 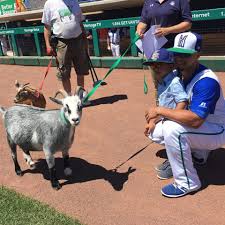 So live a little. You already know that when you go to a Hartford Yard Goats game, you are going to see something you won’t see 100 miles down the road at Yankee Stadium. Revel in the oddity – including a runner on second to start the top of the tenth.

Just for kicks, I am going to a few Minor League games this summer with the hope that one is tied after nine innings. After coaching the California Tie-Breaker, I want to see how it works when you can actually employ a little strategy. And yes, I know, it will almost always be sacrifice bunt, intentional walk, and then…something. But that won’t always happen or always work. And then what? That is what I will pay to see.