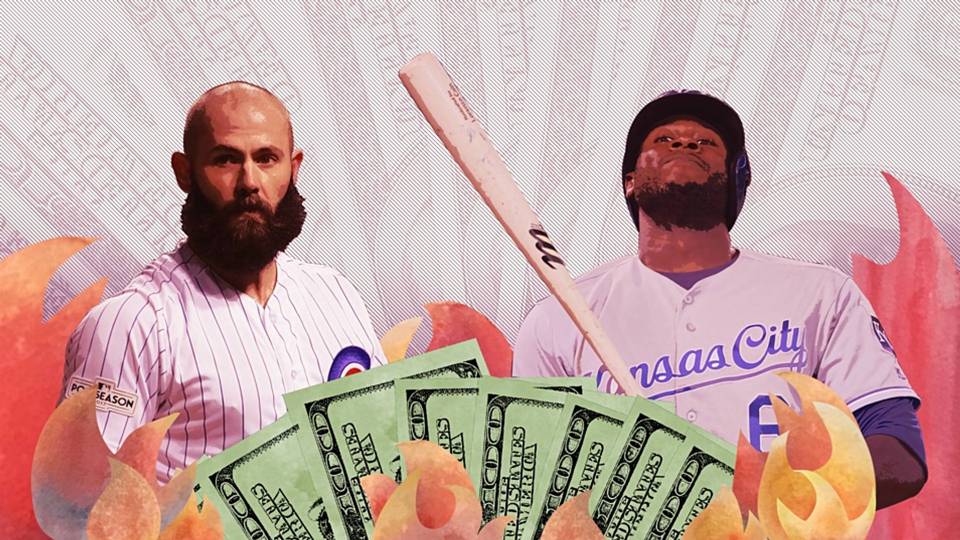 Last year I wrote about the Qualifying Offer (“QO”) rule, and how it affected player mobility. And just when you thought you had a handle on how it worked, the owners and players went ahead and renegotiated the CBA. In the process, they bolloxed up the QO in a way that hardly anyone can comprehend. However, if you enjoy this stuff as much as I do, and have the patience and curiosity to know how it will work for at least the next five years, read on.

A bit of history. Under the old CBA, if a team made a QO to a free agent player (the amount of the QO is predicated on the average of the top 125 salaries from the previous year; for 2017, the amount is $17.4M), that player had seven days to accept and sign a one-year deal; or reject, and become an unrestricted free agent. The term “unrestricted,” however, was a misnomer, because any team acquiring that player had to forfeit its first round draft pick the following season (the only exception being teams with picks 1-10; they had to relinquish a second-rounder); and the offering team was compensated with a so-called “sandwich pick”, which is between the first and second rounds.

One more thing: the QO draft pick penalty was only applicable to players who played the entire season for their prior team (if you were traded mid-season, or joined the team after the amateur draft, an acquiring team did not face the penalty). Got it?

Well, if Occam’s Razor applies in most circumstances, its bizarro brother applies to MLB. Here is the system that will apply until 2021:

For starters, the owners and players split the world into three sets of teams: (1) those over the luxury-tax threshold (i.e., teams whose payroll exceeded $189 million last season, $195 million this coming season, escalating in later years); (2) those from the 15 smallest markets that receive revenue sharing money; and (3) teams that don’t fit into either category. These tiers will be helpful as we move forward.

Here we go: A team offers a player a QO. That player now has ten (not seven) days to accept or reject. If he accepts, all is right with the world, he signs with his current team, and there is no confusion. If he rejects, we must follow the Rube Goldberg contraption put in place to see what happens.

Let’s start with the team losing the free agent (herein, “the Loser”):

If the free agent signs a contract of $50 million or more (regardless of number of years), the Loser gets draft pick compensation. However, the form of compensation is dependent on the Loser’s good or bad deeds.

With me so far?

If the free agent signs for less than $50 million, then:

Now to the team acquiring the free agent (herein, “the Buyer”):

Under the old CBA, if a Buyer already acquired a QO free agent, and thus gave up their first round pick, there wasn’t much pain involved in acquiring a second QO player, as they only had to then forfeit a second-round pick. Not anymore:

One additional wrinkle that the Player’s Union was able to extract from MLB: A player may not receive more than one QO in his (or her) career. This rule change looked to be a boon to José Bautista, who received a QO last season, rejected it, and then signed a 1-year deal with Toronto knowing he couldn’t be offered another QO. He then went out and hit .203, with a -1.7 WAR and a OPS+ of 76. Oh how he wishes he could get a $17.4 million offer this off-season.

Much time and effort went into revising the QO rule in an attempt to free up the free agent market by taking the onus off of Buyers. Time will tell if that goal was achieved, but for this season at least, here is the list of the prominent players potentially affected by the new QO rule: Jake Arrieta, Lorenzo Cain, Zack Cozart, Wade Davis, Greg Holland, Eric Hosmer, Lance Lynn, and Mike Moustakas. It certainly seems like a lot of calories were burned and a lot of ink spilled to solve an issue for these eight players.

But there you have it. Everyone understand? Are the implications perfectly clear? Great!