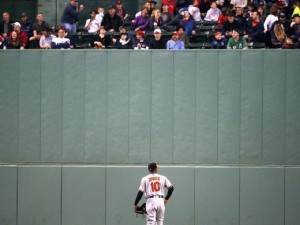 A few weeks ago, I gave a talk at my daughters’ school entitled Parenting in the Time of Trump.  The upshot of the conversation was: How do you relate to and/or protect your kids from the coarsening of our culture.  What do you do when “grab them by the pussy” is the coin of the realm?

In some ways, it is easy.  We don’t have to watch the news with our kids.  We can avoid discussing politics at the dinner table.  There is no reason to leave the front page of the newspaper on the kitchen counter.  But what happens when the sentiments either encouraged, or tolerated, by those holding the highest offices in the land permeate the culture at large?

What happens when hate crimes are on the rise and anti-immigrant and anti-Semitic graffiti becomes more pronounced?  Or when kids – being kids and thinking they are funny – ape what they see on television or YouTube and pretend to make “Heil Hitler” salutes?  Unfortunately, this is our current reality.

This issue really hit home the other night at Fenway Park.  The Red Sox organization likes to refer to those few acres at the corner of Yawkey Way and Lansdowne Street as “America’s Most Beloved Ballpark”.  Well, tell that to Adam Jones.  Or Carl Crawford.  Or CC Sabathia.  Tell that to the fans – with their kids – sitting in the center field bleachers on Monday night.

To be frank, what happened Monday night is nothing new.

A quick anecdote: When I was six years old, I stood outside the player’s gate at that same stadium, asking Jim Rice to give me an autograph.  He said, “I’ll be right back”, but he never came.  Not to hold a grudge, but more than 30 years later I recounted that story to Fred Lynn.  Without apologizing for his dear friend Jim, he did provide some context.  He told me, “You cannot imagine what it was like for a black man living in Boston in the ‘70s”.  It has been nearly forty years since that encounter, and my guess is that the same sentiment still holds true.

But this isn’t just about ignorant drunkards hurling racist epithets from the safety of the outfield stands.  This is about the jackasses sitting in front of me and my three kids at Dodger Stadium last month dropping F-bombs left and right.  This is about the crude behavior we witness and listen to at ballparks across our great nation.

We all hear these things.  Maybe we move to another section or cover our kids’ ears.  But what else can/should we do?  Bill Shaikin of the LA Times wrote a nice piece on Tuesday, asking a simple question: “Would you speak up?”

In the world in which live today, the answer has to be “yes”.  As I wrote above, avoiding political pitfalls is relatively easy.  The same could be said of avoiding stadium sociopaths.  No one forces us to go to games.  But who wants that?  Is that the Hobson’s Choice we have to make: in order to escape depravity, to protect our kids from hearing and seeing behavior that no one should have to endure, we have to avoid public performance; we have to shun the National Pastime?  That doesn’t seem correct; and it certainly isn’t right.

Jason Giambi once said that “fans boo because they want to cheer”.  I love that.  By all means, boo…and cheer.  Call a guy a bum and accuse the ump of being blind.  Tell the opposing manager he’s a coward when he raises four fingers and sends Mike Trout to first base.  Be an active fan.  But, like all things, do so within reason, taking into consideration what you say and who can hear what you say.

Buying a ticket is not a license to be a bigot.  Educate the kids around you about the game; don’t have them run in fear of “that crazy/mean/drunk guy over there”.

In the aftermath of “N-Word-Gate” (© DFF), Adam Jones suggested that, in addition to being ejected from the park, a transgressing fan should be fined “10 grand, 20 grand, 30 grand.  Something that really hurts”.  I am not sure how that would work, but if a fan who runs on the field can get a trespassing ticket, why can’t a racist, or homophobic, or anti-Semitic fan get charged with disturbing the peace?

Buster Olney suggested that this behavior be called out before games, in the same manner as fighting, or touching a live ball, or running onto the field.  This seems easy enough.

The Red Sox organization jumped on this immediately.  Principal owner John Henry and team president Sam Kennedy met with Jones in person to apologize on behalf of the club and to explain the steps they are taking to prevent another incident.  In fact, the next night a fan was caught making a racial statement.  He was ejected from the game and permanently banned from Fenway Park.

Commissioner Rob Manfred also issued a scathing statement, culminating with “The behavior of these few ignorant individuals does not reflect the millions of great baseball fans who attend our games”.

The bottom line, unfortunately, is that it really is up to us – the millions of great baseball fans who attend these games.  We cannot tolerate this behavior.  Whether it is the drunken lout spouting four-letter words or the outright racist throwing racial slurs.  We must– yet again – become citizen activists who are keeping our eyes and ears open and resisting this offensive behavior.  If the ushers and security guards can keep my son from standing behind the dugout and begging for balls, they can and should be called upon to keep belligerent fans from interfering with the majesty of (watching) the game.

In Baseball is America, Victor Baltov wrote “The state of baseball is the barometric pressure of America’s soul”.  After what we heard and saw in Boston this week, which opened the floodgates to many similar stories at parks across the league, it is up to us, on behalf of ourselves, our fellow fans, and our children, to collectively save America’s soul.