The Debate is Over

THE DEBATE IS OVER 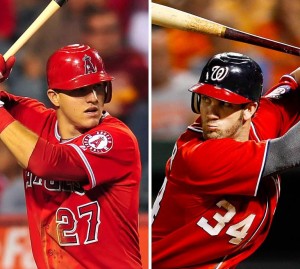 Coke vs. Pepsi.  Hertz vs. Avis.  Budweiser vs. Coors.  Mounds vs. Almond Joy.  The debates can go on and on.

But, for the love of all things holy, can we please put a definitive end to the Mike Trout vs. Bryce Harper debate?  This race is so one-sided, Trout is doing his best Usain Bolt impression and looking over his shoulder as he approaches the finish line.

When Harper, coming off his 2015 MVP season, started the 2016 campaign by hitting nine homers in his first 23 games, the baseball world was tripping over itself to determine the value of his first free-agent contract after the 2018 season.  $500 million was being thrown around – as a bargain.  Forget market forces and quality of play, Bryce was making baseball fun again, and he was – from the pundits’ perspective – the best player in the game, worth
every penny. 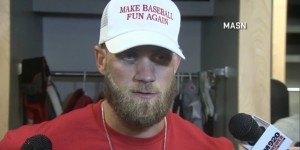 It is just so annoying when the facts don’t match the narrative.

During that same period at the beginning of the season, little ol’ Mike Trout hit .291, with five homers and 13 RBI, with a .909 OPS.  Not too shabby.  And yet, the man couldn’t get arrested.

Maybe we have just come to expect that from Trout.  Maybe it was because Trout already signed a big contract – 6/$144.5 million – that takes him through the 2020 season.  Maybe it was because Harper loves the spotlight and sought it out at every turn.  I am not sure the how or why.  I just know Harper was king, and Trout was barely a prince.

And then the Nationals went to Chicago.  Coming off a 2-4 with a dinger at Kansas City, the Harper party was in full swing.  But Joe Maddon made a conscious choice not to let Harper beat the Cubs.  Over four games, Harper came to the plate 19 times, got one hit, and walked 13 times (including four times intentionally, and an incredible six times in a 13-inning game).  And that, my friends, was that.

All the while, Mike Trout trotted out to centerfield, playing for a team out of contention from the Opening Day flyover, with an aging Albert Pujols hitting behind him, and no other protection in the lineup.  And yet, he put up – in a word – ridiculous numbers.  But, again, this is nothing out of the ordinary.  He is a metronome and we have come to expect his greatness.  For $15 million, the Angels got the MVP (again).  But there is more to it than that.

Trout never dogs it; rarely argues with umpires; doesn’t get choked by teammates; and doesn’t invite, encourage, or welcome controversy. 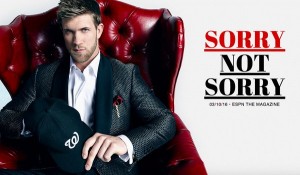 Trout is just a ballplayer, and the best one on the planet.  And he has been since his first full season.

Still not convinced, take a look at this comparison:

There are two interesting tidbits buried in the above stats:

(1) Trout is the first player in the history of the game to either win the MVP or be the runner-up in each of his first five seasons; and

(2) Even in Harper’s MVP season, he still only had one homerun and nine more RBI than Trout (if you are into those things).  If you are new school, Harper had a 9.9 WAR in his MVP season; Trout had an 8.9 that year.  In fact, Trout’s lowest season WAR is 8.6, and in that season he just won Rookie of the Year and was second in the MVP voting.

Trout will be paid $122 million over the next four years – and he is grossly underpaid.

Bryce Harper is second year arbitration eligible in 2017; according to MLB Trade Rumors, he will command roughly $10 million – and if history is any guide, he may be overpaid.  Harper’s career average WAR is 4.3, which puts him in league with Dexter Fowler and Addison Russell.  Good ballplayers, but not $500 players.

No one disputes Harper is a good player who may, one day, be a great player.  But he ain’t no Mike Trout.

In fact, assuming Mike Trout doesn’t get any better, and over the next five years he actually regresses by 20% (which not single baseball person anticipates as he is just hitting his prime and is getting better every year), this is what Harper would have to average in each of the next five season just to catch (a 20% worse) Trout at the 10-year mark:

Look at those numbers again. Harper would need to nearly match his MVP levels, and have career highs in hits and RBI every year for five straight years, and would need to average a 12.16 WAR just to match a 20% regressing Mike Trout.

One last piece of context, in case the above isn’t obvious. Harper would need to have the 5th best single-season WAR (just behind 1967 Carl Yastrzemski and 1927 Babe Ruth) every year for five straight years, to catch Trout on a 20% downswing.