As I think I may have mentioned here in the past, each morning, before I even put two feet on the floor, I check Peter Gammons’ “Around the Majors” blog.  He always have useful tidbits from the day before, and loads of advanced metrics that even true baseball nerds would find overwhelming.  And each day, at the end of the blog, he lists current and former MLBer birthdays.  These birthdays will be the source material for another posting at another time, but one name earlier this week got me thinking.

On March 10 , it would have been Steve Howe’s 48th birthday.  You read that right, it would have been.  I am not sure how I missed – or more likely just forgot – that Steve Howe died.  I feel pretty confident that if you are reading this, you are well aware of Steve Howe, his career, and his downfall.  I would go so far as to guess that more than half of you know the exact number of times he was suspended (make your guess, the answer is below).  But I have to relate that I was shocked to realize (or be reminded) that he died in 2006.  And that got me thinking about our modern day Steve Howe   . . . Josh Hamilton.

If you all know Steve Howe’s story, I am certain that you know Josh Hamilton’s story.  But even if you do, it is worth recapping some of the high/lowlights:

He was the Number One pick in the MLB Draft in 1999 (ahead of Josh Beckett), and received a signing bonus of just under $4M.

In the Minors “he was introduced to tattoos and alcohol” (per his bio), and had his first rehab stint in 2001.  He checked in to Betty Ford in 2002.

In 2003, he showed up late for training camp and ended up missing the entire season for various “personal reasons” (including substance abuse).

In 2004, he failed at least three drug tests and was suspended for the entire season.

He tried a comeback in 2005, but was arrested for vandalism.  He relapsed again (was he ever sober?) in 2006, and, you guessed it, missed the entire season.

During the 2006 season Josh began a slow and steady rise out of the abyss, starting when he showed up on his grandmother’s porch, strung out and penniless.  Through hard work, dedication, an amazing support system, and an unbelievably forgiving MLB community, Josh was given a sixth chance.  And he made the most of it.

He played amazingly well for the Reds in 2007, but lost out to Ryan Braun (ironically) for Rookie of the Year.  He was traded at the end of the season to the Rangers.

2008 was a break out year, with the crowning achievement either:

In 2009, even though injured for part of the season, Josh was an All-Star.  The season, however, was marred when his old demons reared their head and Josh ended up hammered in a bar in Arizona.  It is unclear if he spent any time in rehab after this incident.

Regardless, he bounced back in 2010 with just the following (despite missing 29 games due to injury):

In 2011, Hamilton chapped my personal hide by diving head first into home plate and breaking his hand.  Well played, sir/jackass.  And he still hit 25 homeruns.  And then he was one Nelson Cruz catch away from being the MVP of the World Series.

But that season ended with Hamilton first misplaying a flyball in the division championship game against the A’s:

and then striking out in his final at bat as the Rangers fans booed him:

As we all know, Arte Moreno backed up the Brinks truck around Christmas, 2012, and gave Josh a 5-year/$125M contract.  In my humble opinion, signing with the Angels was the beginning of the end.  When Josh was playing in Cincinnati and Texas, those teams employed a gentlemen named Johnny Narron to serve as a special assignment coach and Josh’s mentor.  Johnny traveled with Josh and stayed at his side nearly every minute of every day.  When with the Rangers, their then-manager, Ron Washington, was a recovering cocaine addict, so he was especially attuned Josh’s problems and needs.

However, when the Angels signed Josh, they did not bring Narron along.  The reasons for this are a mystery (made more mysterious by the fact that they eventually hired him last year, but not at the Major League level).  So Josh did not have the same support system in Anaheim that he had in Cincinnati and Dallas.  And guess what happened?

We may never know (and it’s not our business) how many relapses Hamilton has had in the past few years.  His most recent descent involved alcohol and cocaine, and he voluntarily confessed his sins to the Commissioner – it is not like he was caught doing lines in the bullpen.  Because of the manner in which Josh came back into the league in 2007, per an edict by the Commissioner, he does not automatically fall under the MLB Drug Program.  Rather, a four-person disciplinary committee was convened to determine his fate, and they deadlocked.  Thus, a neutral, third party arbitrator will make the final decision regarding Josh’s current predicament.

The Angels owe Hamilton $83M between now and the end of the 2017 season.  Ouch!  There is hope (quiet, unspoken, but hope nonetheless) within the Angels organization that he gets suspended, giving them some salary relief.  (If he is sent to rehab, he would be owed his full salary for 30 days, then half his salary for the next 30 days — a total of $6.2 million.  If he is suspended and not in treatment, he would not be paid.  It is unclear whether the Angels would have to pay Hamilton at all if he previously entered a rehabilitation program that lasted at least 60 days.  Heady and expensive questions to be decided by a single judge.)

But should the Angels get any relief?  As it is commonly said, “they bought their ticket”, or as we lawyers like to say, caveat emptor.  They knew what they were getting when the signed the contract; they didn’t provided the necessary support system; and even if they had, they had to know that relapse was nearly inevitable.  (The statistics say that between 50-90% of addicts relapse at some point.  I could not find specific statistics of repeated relapsers.)

I am pulling for Josh.  Not because he plays for a local team, and not because I care about the Angels throwing away nine figures on a broken down drug abuser, but because I am a fan of greatness.  And from 2010-2012, Josh was the picture of greatness.  A five-tool player who made it look too easy and was required viewing whenever he came to the plate.

As a side note, my friend Matt represented Hamilton when he came back with the Reds.  Josh called him after the season to say he was switching agents.  This was not because of anything Matt had done, but because Matt was Jewish; and Josh felt more comfortable being represented by a born-again Christian like him, someone who had also turned his life over to Christ.  My son and I ran into Matt at the 2010 All-Star game, and we asked him if it was still okay to root for Josh (friendship over fandom).  Matt’s response: “Of course, he’s too great a player and too great a guy not to root for him”.  That was all the license I needed.

How(e) will Josh’s story end?  Unfortunately, history has a way of repeating itself.  I have this feeling, this pit in my stomach, that one day we will open the Sports Page (or fire up the browser) like we did in 2006 (and then forgot about), and learn that another talented baseball player with a checkered past was found dead; another player gone as the result of some drug-fueled accident that we all saw coming a thousand miles away.  For the sake of Josh, his family, and for fans of baseball , Boy do I hope I am wrong!

p.s.  For those who have known me a long time, Happy Birthday to this guy: 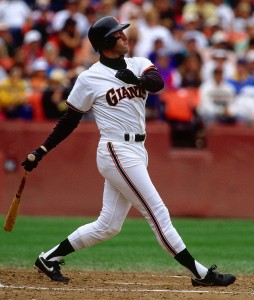