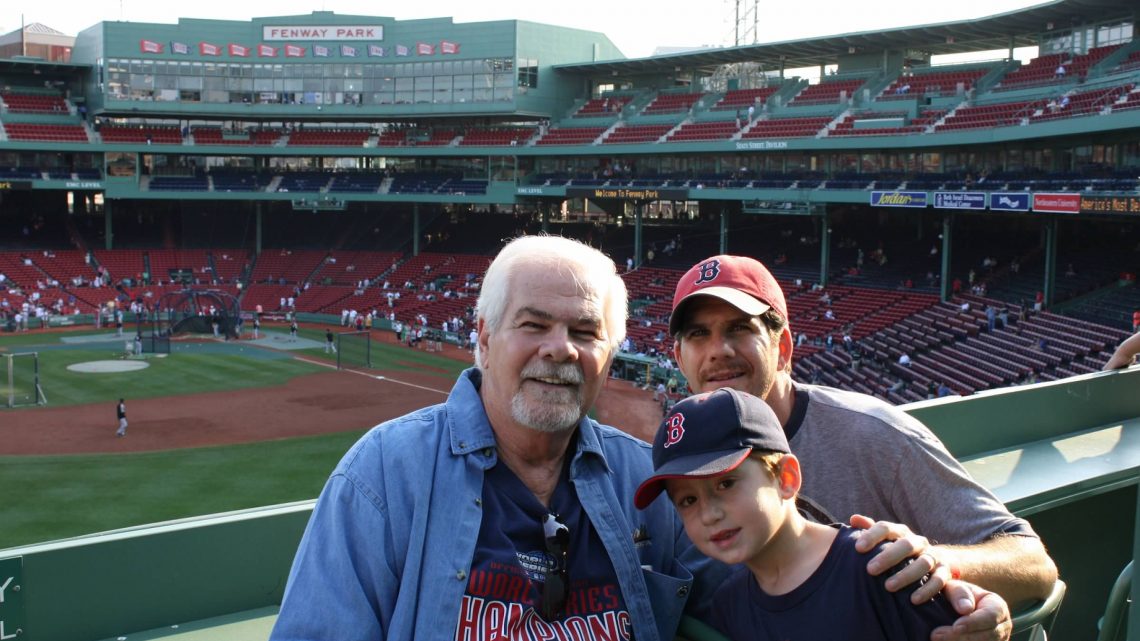 It was the Spring of 2009; my wife had recently died. I wanted to do something special for my son. He was only six when she passed, and our relationship meant all that much more to me, as he – without knowing it – became my rock in those cold, dark days. With both the gloom of winter and the grief starting to recede, I looked forward to longer, more joyful days ahead.

My son was, even at that young age, and still today, a massive baseball fan. As a doting father, I introduced him to the Boston Red Sox early on. He quickly became well-versed in the lore, the curse, the reverse, and the – as of 2009 – two championships in four years, after there being none in the previous eighty-six.

I decided to plan a summer trip to Boston, a walk along the Freedom Trail, a visit to the Old North Church, shopping at Faneuil Hall, pizza in the North End, and, of course, his first visit to Fenway Park. This was going to be a father-son trip that neither of us would ever forget.

I casually mentioned my plans to my father. My father, born and bred in Dorchester. A man who still – throughout his sixties and well into his seventies – heads back to the Boston at least once every year or two to visit friends and family; a man who – having lived in Los Angeles for 56 of the last 62 years – still loses the occasional “R” when speaking quickly or after a few too many cocktails; a man who proudly hangs a Ted Williams jersey in his dining room and brazenly wears his “B” hat into Dodger and Angel Stadiums. In short, my father is a man who loves himself some Beantown.

Moments after we spoke my dad booked himself a flight, a rental car, and a hotel, and then he told me he was joining our trip. Truth be told, I was a bit miffed. This was going to be something special between me and my boy; a little father-son bonding time on the east coast. And now it was not that; now it was something different; and now it was not what I had envisioned. But it didn’t take long for that irritation to subside, and for me to see what this had now become, in its most simple form: a three-generation trip. In Hebrew there is an expression, “l’dor v’dor,” from generation to generation. This was that, personified.

Summer came, and so did the trip. Despite a nasty migraine on the flight to Boston, I rallied and allowed my dad to drive us forty-five minutes into the suburbs to his favorite Chinese restaurant. Calling it mediocre would be kind, but my dad insisted that the food was much better “back in the day.” There was no chance that one headache and one bad meal were going to ruin this trip.

The next day was straight out of Fodor’s, as we covered all of the tourist attractions. It is possible that I followed this same path when I was about my son’s age, but I have no recollection. So this turned out to be as much about my education as about his.

Credit where credit is due: my dad really knows the city. He knows how and where to drive – no easy feat with one-way streets and turnabouts at every intersection. He knows how and where to park – which can be tricky with narrow cobblestone and usurious parking lots. And he knows where to dine (save for one bad Chinese restaurant) – this is considerably easier insofar as you cannot throw a rock in Boston and not find something delicious to eat.

What originally seemed like my dad horning in on our vacation turned into him making it so much better. With grandpa in charge, we took a trip down (his) memory lane: we went to his old neighborhood and the vacant lot where his childhood home once stood; we strolled the halls of his middle school; and we drove to the temple where he became a bar mitzvah. My mom grew up in Boston as well, so he took us to her building, and we talked our way into a tour of her exact apartment, just two floors up. We got sodas at my father’s haunt – Simco’s on Blue Hill Avenue. We walked along the lonely roads of Southie where my father found trouble, and where trouble found him, so many years ago. Suffice it to say, I never could have done this alone; I never could have shown my son his grandparents’ childhood without my father leading the way. I never could have added the color or the context of the meaning of this heritage without my dad.

Saving his best for last, my dad had made arrangements with the Red Sox for us to have an exclusive tour of Fenway Park. The tour turned out not to be so exclusive, but it was one of the greatest afternoons any of us will ever have. As our guide led us down the grandstand to step onto the field of this beloved ballpark, I yelled out, “I am not who sure is more excited.” My father quickly responded, “I do! I am; I am excited for my grandson, my son, and for me!” He was right. He won. Three generations. L’dor v’dor, indeed.

While we were in Boston, as fate would have it, Ted Kennedy passed away. Our hotel was just down the street from the JFK Presidential Library, so we stood on line to pay our respects while Senator Kennedy lay in repose. This was the perfect historical bookend to our trip, and yet another opportunity to educate and bond with my father (who voted for Jack in 1960) and with my son (who was just old enough to conceptually understand the import of the Lion of the Senate).

As I begin to mentally and emotionally prepare for my son to leave home next year, to start his journey as a college student, I often think back to that trip. For a few days, it seemed my father reclaimed the reins that he had let go on me so many years before. I wonder if and when I will do the same with my son. And, if so, will it have the same resonance?